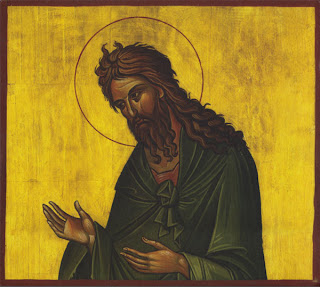 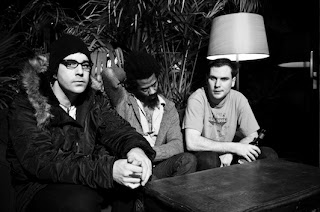 In all honesty, I'm not much of a stoner fan, both the drug or the form of music. I don't have a problem with it, but there hasn't been all that much that I come to the style for, and that includes the highly applauded groups like Om, High On Fire, and yes, Sleep. I've neglected Om for a while and because I was asked what I thought of this, I did indeed give it a chance.
Let me make it clear that I have no problem with any of the bands I mentioned above, I just have no interest in them. Call me shortsighted or ignorant, but I have little patience for stoner rock/metal and I have records that I love and enjoy far too much in other genres that I would prefer to listen to, but that's just me. So, after all the hype which has accompanied this album, which I was initially just going to pass over, a couple people (maybe they were all the same person under different names, I don't know) said they'd like to know what I thought of this record. Seeing as that is the first time a "reader" has asked me to cover something, I took the chance and got myself a copy (I did actually buy it just to be clear about this) and listened to it a couple of times throughout the week to get a feel for it and make up my mind on it. I do not think that my thoughts on this should impact how you feel on the record if you already like it or not, but I'll come out and say right now that it was better than I expected it to be.
Even with all the praise this album has received, I try to let that influence my own thoughts on records as little as possible, so on first listen I was actually quite surprised by how strong the majority of these tracks turned out to be. The use of piano, cello, sitar, and Indian rhythms throughout was well executed and worked with how minimal the actual performances of each player actually was. Even for stoner, the actual performances of the actual band members is kept in the lower register in terms of complexity (I realize that probably comes off sounding really pretentious even though I don't mean it to), but for how little is actually being done in these songs, they work mainly because of Al Cisneros' hypnotic bass lines and Emil Amos' groove oriented, but always interesting, drum work. Tracks like Gethsemane and Sinai work because of how understated the performances on them are, they lock into a groove and it draws you in. By comparison, State of None-Return just feels unfinished and too short and uneven in it's ideas. It was just a little too busy to really feel like it worked cohesively with the songs that followed it. I understand the aesthetic of the band and I do get how a lot of people can, and do, find the band's music to be spiritual and transcendental in some ways. Personally, I don't, I just don't gel with the band in that way to really hit some sort of connection with a higher plane of existence or something like that. It's certainly better than I ever expected it to be, but I can't view it as anything more than a well done psychedelic stoner rock album with some really cool ideas.
Like I've been saying, it's better than I thought, but it's nothing I can see myself listening to once I'm done with this review. It's enjoyable, not amazing, maybe it's just not for me. I respect it, but I just didn't find it anywhere near interesting enough to keep me engaged. For what it is, I do recommend it, if only because it's rare that you hear ideas from Indian and Arabian music used in this context and it is well done.
Overall Score: 7
Highlights: Gethsemane, Sinai
Posted by maskofgojira at 6:50 PM