Months and months after the debut full-length originally was released, I'm finally taking a chance on covering the band. It feels a bit more comforting (to me) knowing that their EP is still pretty recent. 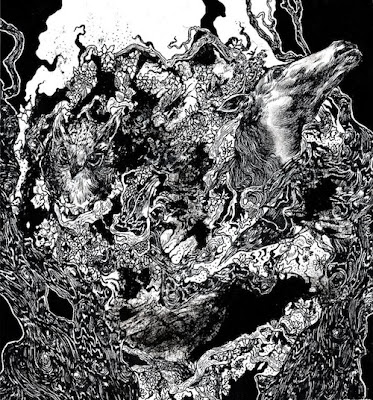 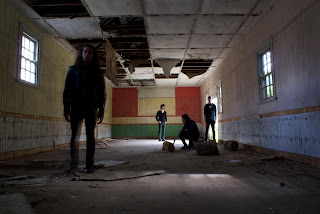 When this album was first released back in February, I knew I wanted to cover it, before all of the praise that was unleashed upon it, but never got around to it. I was aware of the band back when they were still called Heathens and I wanted to hear how they had grown since the name shift. With the release of the EP below, I figured now was as good a time as ever to make a review for both.
While the three EPs that were released under the Heathens name showed a band who were toying with ideas from groups like Drudkh, early Bathory, and Darkthrone, this full-length shows a far more confident take on the black metal sound. Is it anything you haven't already heard before, not really, but it's damn well performed. The ideas the band plays with take from standard black metal but make it a bit more clean and dynamic. It has to be said that each track is still very melodic, it's not straight brutality from start to finish. I'm not really sure how I wound up enjoying this as much as I did, a lot of it is pretty average, but there are just certain elements that made it stick more than the average black metal album. I could certainly identify several moments on here that I thought were really interesting and made my ears prick up whenever I heard them, but every time I listened through the album, I can't say I was hit by anything that made me go "wow." It isn't until I hit the end of the album where I sit up and really think about it that I realize that I really did enjoy what was on here quite a bit. Traces of atmosphere, additional instrumentation (piano or acoustic guitar), and interesting song structures all came together into something special on here that I didn't expect when I first got a hold of this album months ago. It's black metal, but it's just something a little bit more special. Only time will tell if further full-lengths will show improvement on this sound.
Overall Score: 8
Highlights: Discovery, River, Infinity 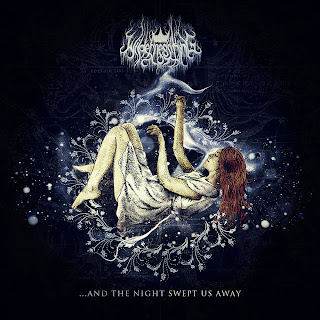 For this newer three track EP, the band have decided to explore the side of them that was only hinted at on their debut, the more atmospheric. Opener Adrift is a pretty solid attempt at combining post-rock into their sound without taking it too far into well-worn territory. They keep things stripped back and melancholic, building tension before bursting forth with the title-track. While not as visceral as the songs from the debut were, this track does take the atmosphere from the first track and amplifies it to a boiling point. Morning (Acoustic), which closes out the album, is a very nice piece that could work just as well as a post-rock track. The band maintain a sense of melody in each track while still keeping the mood, which they must be commended for. Since this is just an EP, I don't know if this is just a one-off sort of thing for the band and they'll go back to a more visceral sound for their next full-length, but I do hope that they don't completely abandon what they've done on here, cause it is very impressive.
Overall Score: 7.5
Highlights: And The Night Swept Us Away
Posted by maskofgojira at 12:43 AM