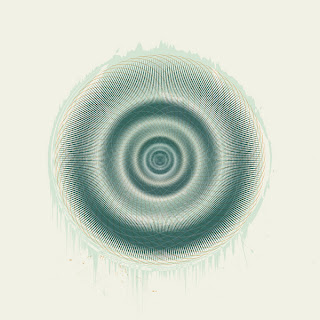 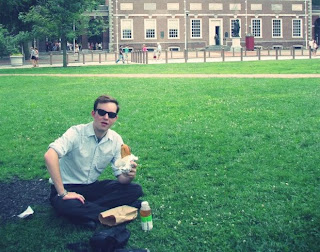 Ok, let's get to some nice djent. Well, maybe not anymore, despite originally coming from that sub-sub-genre, Ben Sharp appears to have moved on past that into something else. After last year's rather insubstantial Let Yourself Be Huge album, I came into this being happy that it at least crossed the half hour mark.
I think that after 2010's Beacons, it was pretty much assumed that Ben Sharp would be taking Cloudkicker into a different direction. Though that album was still based within the polyrhythmic djent sound found on his debut, that album featured more atmosphere and post-rock influences than the releases up to that point had showcased. Then, after the release of both Let Yourself Be Huge and Loop last year, I think most fans were kind of left scratching their heads as to what Sharp was doing. Both albums featured softer, more simplistic post-rock tunes, ideas on the latter album, that were more Explosions In The Sky than Meshuggah. Speaking for myself, I can say that I was disappointed by both because I did feel that Beacons was a really strong album that really stood out in the whole djent realm, and still does I should point out, and turned out to be one of my favorite releases of that year. I could understand the djent, but I didn't really get why Sharp would abandon the heaviness of previous releases in favor of these softer tracks. I think my impressions of those albums resulted from not expecting such a sudden shift in the project's sound.
Luckily for me, and maybe others as well, Sharp has returned to the realms of heavy on here. Though it's not the return of djent as I'm sure some fans may have wished, and is more along the lines of a really song-based post-metal album. I say it's more song based because, at least when I think about post-metal bands, groups like Isis, Neurosis, or Cult of Luna for example, their albums are more like albums, each song works in connection with the next and it isn't simply one song following another. For me, even though there are some ideas that are sort recurring through certain tracks, it still feels more like a collection of songs, each track has its own place but it isn't as "single-minded" as albums from the above bands. But back to the actual style of the album, while it isn't quite as frantic as his earlier material, I think that it makes up for it in other ways. One of the first things my ear was drawn to when I was listening to this was the bass tone, which is really warm and fluid sounding and is always great to hear on a record (of any style). Tracks like From The Balcony and LA After Rain make good use out of the bass-lines, which I actually enjoyed listening to more than the guitars but that's just me. I also think that the album is much more warm and positive (if you could call it an atmosphere rather than a state of mind) than any of his previous work, something that was foreshadowed on his last album. I think that the album as a whole is pretty solid, with the sole exception being the closer, Cloud-Hidden, Whereabouts Unknown, which feels rather dull and useless at the end of the album. I couldn't help but feel a little let down by the way that track left things on a pretty anticlimactic note.
In the end I am a little bit disappointed by this because I was hoping for something a little bit heavier, but for what it is, it is enjoyable. It's better than I hoped, but not really up to the level I wish it was at. Definitely worth checking out if you like the more post side of metal and rock music (but definitely check out Sharp's other releases as well).
Overall Score: 7.5
Highlights: The Focus, Seattle, Our Crazy Night
Posted by maskofgojira at 1:48 PM