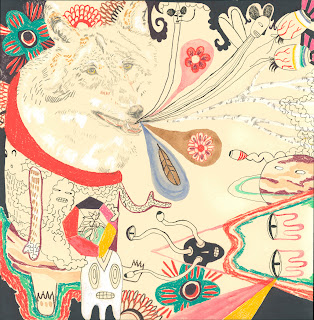 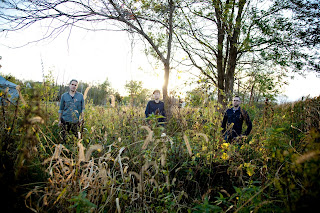 Truthfully I'm not a gigantic fan of math rock, not that I can say I've listened to a whole lot of bands, but whatever. I was sent this album and was certainly interested in what it had to offer. It was a short little release but listening to something I can't say I've listened a whole lot to (math rock, not the band, just to make that clear) did make it a bit more appealing.
If there was anything that I got from the four songs which make up this EP it's that these guys certainly know how to write some cool little songs. The first two songs are under three minutes and actually manage to accomplish something memorable, which I'd consider impressive, but hey, that's just me. Each player really shows a good amount of both restraint and control on their respective instruments, a song like Middle Brother Watches Younger Brother While Older Brother Goes Out could have easily fallen into pointless meandering, with what sounds like each instrument kind of doing its own thing, but for the short time it's performed, it works. The first two songs, including the one above, are pretty high energy and punchy tracks, but the second half of this release does bring things down a bit. There's a much more jazzy vibe on these two tracks, or I guess a larger jazz presence comes through the songs. Both "sides" have things that I like and enjoy about them and things that I think are just meh, but as a whole it's an enjoyable package.
I have to say that if this is any indication of what other math rock groups are doing, I will be looking into the genre more because of this. Being that this is an almost entirely instrumental release (there are some weird vocalizing in two tracks) I could see some not wanting to check it out, but if you like interesting rock music it's well worth your time. Plus, it's under fifteen minutes total, so even if you dislike it, you're not losing a whole lot here.
Overall Score: 7
Highlights: Middle Brother Watches Younger Brother While Older Brother Goes Out, RR
Posted by maskofgojira at 10:50 PM