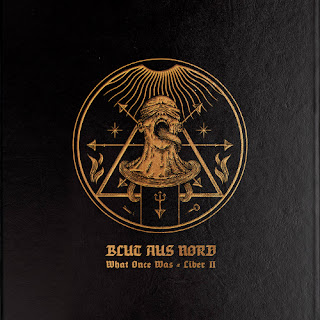 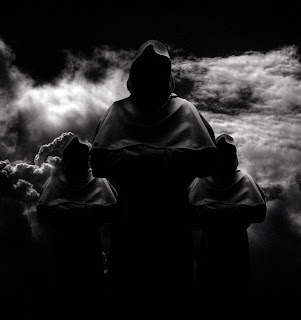 I don't think saying that I'm a big fan of Blut Aus Nord is all that surprising. Over the last couple of years (and this is just how I've witnessed it), it really seems like the band's popularity has exploded. Pretty much everyone is calling them an influence now (for better or worse), but they are still one of the very few groups who are always reimagining their sound.
I remember reading in an interview with Vindsval several months ago that this What Once Was... series was being used as a sort of side-project, or rather a different arc, to which the band could explore their more metallic influences without being sidetracked from their main focuses. However, what grabbed me from that interview in particular was the fact that when he brought up this new EP, in relation to the first one from 2010, he had mentioned that it would make use of more of the band's death metal influences, from groups such as Immolation and Incantation (and perhaps even Gorguts). Upon hearing this EP, I was quite shocked at how the band brought in those influences, if that was indeed still the plan upon recording this, because if they indeed did choose to make use of death metal in their sonic palette for this album, the riffs on here are some of the most angular and disorienting sounding ideas I've heard come from a death metal album in a really long time. What you happen to have on here are some really bizarre and strange sounding metal tracks that are interspersed with moments of disembodied chanting and vocalizations that link the entire thing together. While I'd say that II is perhaps a bit more melodic and closer to the ideas from 777 - The Desanctification than I was, they both exhibit ideas that are uniquely their own and stand apart from what the band is currently doing.
It's a really bizarre piece and I wouldn't expect anything less from one of my favorite black metal (and I do use that term lightly) bands. While it is perhaps more accessible to some because it makes its statements more abrasively than the last full-length from the band, it's by no means an easy listen. I'd recommend anything from the band so I'm not sure how much weight you'd put into my opinion on them, but this is definitely worth hearing.
Overall Score: 8
Highlights: I
Posted by maskofgojira at 12:41 PM