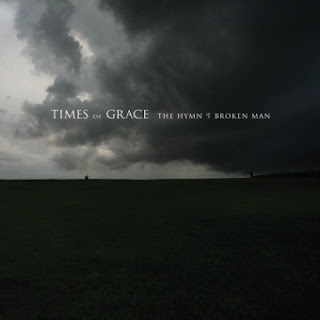 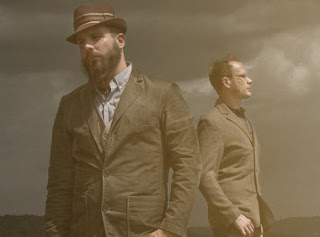 Founded by Killswitch Engage guitarist Adam Dutkiewicz, who created the project while hospitalized, he ended up writing most of these songs, in one form or another, and enlisted former KSE vocalist, currently in The Empire Shall Fall, Jesse Leach to do vocals on here. For anyone that's been disappointed with the last few Killswitch Engage records more melodic and mainstream sound, this is not going to cure that, but it's definitely a lot more diverse than what KSE have done recently. This album definitely has the KSE signature sound, but actually manages to sound a lot heavier while retaining a very melodic core.
While most of the music on here is done in a very typical fashion, by that I mean it's melodic and it's not going to vary too much from a traditional song structure, I found Jesse's vocals being the deciding factor in making this album much more accessible, to me. While I am a fan of KSE with Howard Jones, I think that Jesse has a better range and is the better singer of the two, personally. His vocals range from more gravely growls to bluesy croons to very melodic and soulful singing, all of which can be heard on Fight For Life. I think fans will be pleased to hear Adam D. singing on here, even doing lead vocals on a few tracks, as I know some were disappointed by his vocals being left out of the last KSE record. Probably the thing that really stood out to me on here were the harmonies used, they're done in KSE fashion, but they sound so much better when Adam is harmonizing with Jesse, hear Live In Love for example.
Concerning the instrumental side of this project, while I said it retains it's KSE backbone, I also said it was more diverse than KSE, both of which are true, tracks like Where The Spirit Leads Me and definitely have that signature KSE guitar riffing pattern. Adam's guitar playing on here has a more soulful approach than I've heard in his main band. Tracks like Until The End of Days and The End of Eternity are some of the most atmospheric and quiet songs I've heard from a metalcore record. The Forgotten One definitely stands out on here, being an acoustic track with a very bluesy/gospel feel, something I've never heard many metal bands, let alone metalcore bands, do before.
Overall, I really enjoyed this record, it has a lot of really catchy choruses, I a sucker for a good chorus, and some cool riffs that stand out. I know there will be some that won't check out this album simply because it's associated with metalcore, but there are some really great songs on here none-the-less. If you like melodic, catchy, and diverse sounding metal, definitely, definitely check this album out.
Overall Score: 8.5
Highlights: Willing, Hymn of The Broken Man, Worlds Apart
Posted by maskofgojira at 8:44 AM