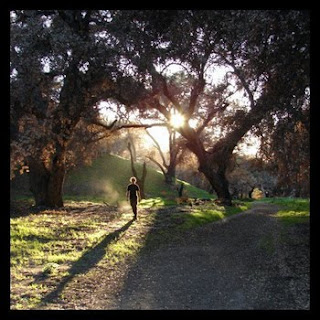 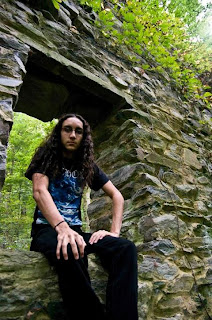 Coming off of his more viking and folk metal background, of both the demos of this project and his involvement in supergroup Folkearth, this debut full-length album shows main-man Jay Valena taking a decidedly more black metal approach. Not to say that this record is completely devoid of his folk roots, as they are still very present on this album, but they are not the dominant force on it. There's a greater sense of natural sounding progression and melodicism, it's not overly cheesy or "happy," if you will, like some bands tend to be in that scene, walking a very fine line between the being original and sounding like a parody of what the intention was.
What I noticed throughout the album was the similarities to another band that come from a similar sort of sonic mix, Agalloch. As Valena, on his bandcamp page, sites folk, black metal, and post-rock among his influences, or as his tags, and those are all styles that Agalloch has taken from in their sound. The acoustic guitars bring the right amount of folk tinged moments, River of Eternity, to soften the blow from the more aggressive black metal tremolo picking, Illusions Parish, while the ambiances that build up within the tracks definitely show at least a bit of homage to post-rock. I also have to give it to Valena for his vocal performance on here, while his screams are nothing great, fairly typical, I found his clean vocals to remind me of one of my favorite singers, Garm (Ulver, ex-Arcturus, ex-Borknagar) and his style of clean vocals on the early records from those bands.
Coming from a production standpoint, I don't know if this was recorded in a professional studio or not, but the very fuzzy guitars, hear Entropic Collapse, really bring a unique quality to this band, not unlike the early Agalloch records, that makes it feel more alive, if you will. There's enough variation to keep thing from being overproduced, but definitely still raw enough to feel natural and authentic, where I like it to be. When comparing it to the new Agalloch record, and I realize this comparison is becoming both tiring and right here, is actually a bit unfair, however is not as clean or well-produced like that one was, for those that might get that idea.
Overall, this is a great record and it's really well performed and recorded. I could see a lot of black metal fans maybe skipping over this, just because of not knowing about it mainly, but also because of the cover or Valena's work in Folkearth, but that would be a mistake. Definitely look for this album, you won't regret it.
Overall Score: 8.5
Highlights: Illusions Parish, Transcendence
Posted by maskofgojira at 7:49 AM