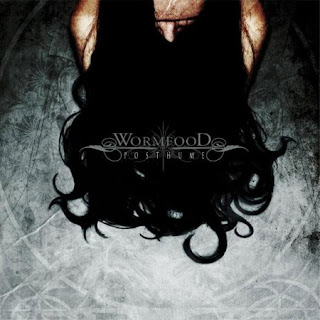 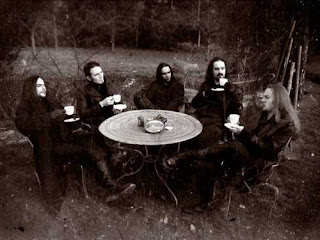 Fans of Wormwood can finally celebrate, as this new album has finally been released. This album has been in the works for about six years, though it's only been completed as of recently, fans have expected this for the six years since the band's last album. For those that don't know what to expect from the band, there's will plenty of diversity and melody, but also a sense of weirdness.
This is a band that has it's own sound, but isn't quite progressive, like Dream Theater or Enslaved, or avant-garde, like Solefald or Mr. Bungle, instead taking pieces from metal's different sub-genres and blending them together in a more conjuctive way. Opener Les Noces Sans Retour essentially gives you a good picture as to what the rest of the album will sound like; it's pretty slow moving, think more depressive black metal, the good bands, with a doomy vibe, with the occasional thrash riff put in for good measure, then going into a very proggy part near it's conclusion. Other tracks don't ever tread that much ground, but still manage to cross a solid amount of territory. Other sounds that cross on here, include psyche rock and folk, sludge, and even a bit of classical as well, hear Troubles Alimentaires for a bit of each. I have to say however that there are several moments on here that sound like Type O Negative, Paul Bento actually plays guest tabla and sitar on here.
I could see the main point of frustration on this album being the vocals, which end of ranging from near psychotic yelling to aggressive growling to a low croon, a varied range but one that can be a bit tiring. All the album is sung in French as well, which might get a few people turned off right away, most of it is sung, so it is clear as to what he is saying. I wouldn't say that his vocals were a high point for me, but some tracks were better than others. Some tracks like Le Seul Amour, which actually aren't that experimental when it comes to the vocals I found more enjoyable than Vanité Des Amants, a track that seemed to include all the styles found above, vocally, and just wasn't as entertaining.
Overall, a very solid release that is definitely very different sounding from anything else out there. I could see a lot of people not liking this album, but give it a shot, it's actually pretty good once you get past the vocals. If you like experimental metal, this should be up your alley for sure.
Overall Score: 7.5
Highlights: Les Noces Sans Retour, Passage A Vide, Le Seul Amour
Posted by maskofgojira at 11:42 AM