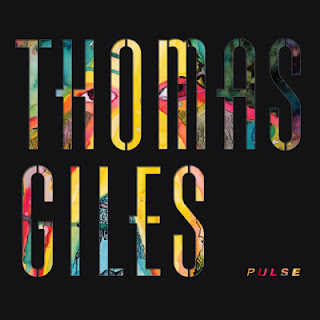 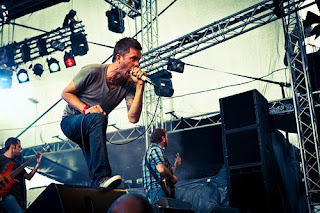 I'm sure at least half of Between The Buried and Me's audience enjoys their music for the aggressive and metal aspects instead of the proggy musicianship and lengthy compositions, so they probably won't get too much out of lead vocalist/keyboardist Tommy Rodgers newest solo outing. I'm guessing there were more than a few fans, me included, that found his first solo outing, 2005's electro-dance outing "Giles," more than a little disappointing, but this new album takes his sound in a completely new direction. This is no dance record, this record takes the experimental principles of his main band and applies them into shorter, concise songs.
While not abandoning the electronic sound that was on his debut, this new album takes a far greater influence from his love of artists like Radiohead, The Verve, and Smashing Pumpkins rather than dance music. This album contains a lot of variety, something that shouldn't be new to BTBAM fans, but not in the same way as that band, making use of much more texture and layers of keyboards, electronics, vocals, and guitars that really expand a track like opener Sleep Shake from an average pop-song into something much more adventurous and exciting. However, there are still tracks on here that fall into the Giles sound, Catch & Release recalling something of a Nine Inch Nails going techno sound, while Medic is a track BTBAM fans should be able to get into, probably the easiest on here, due to it's more aggressive and metal sound, yet vocally, it sounds like something Mike Patton would do.
But even with all the heavily textured tracks, there are still songs like Mr. Bird or Scared that are more stripped down in comparison. The former track makes use of mostly piano and vocals, with an acoustic guitar solo coming in only during the bridge of the track before falling into electronic bleeps and bloops in it's closing seconds. The latter track is probably one of the most accessible tracks on here, yet very simplistic, making use of only Tommy's voice and an acoustic guitar.
Overall, this is a really, really good record that will definitely intrigue quite a few people, I think. This will definitely appeal to those that like BTBAM when they're at their most experimental, but I'd even recommend it to people that like more experimental rock and pop music, like the band's mentioned above, it has a wide value of appeal. This comes highly recommended, check this out.
Overall Score: 9
Highlights: Reverb Island, Scared, Hypoxia
Posted by maskofgojira at 9:13 AM