Disasterpeace - Rise of The Obsidian Interstellar (2011) 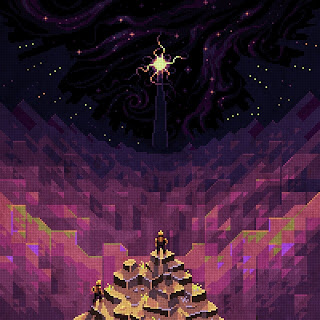 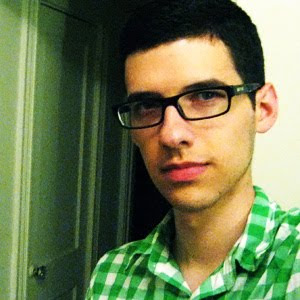 Blossoming from the new 8-bit music scene that's recently been popping up, Disasterpeace is one of the genre's founders. With main brain Rich Vreeland having nearly started the whole thing up a few years back, this new album has apparently been worked on since 2006. Despite his prolific output, with not only the albums released under this project, but also releasing those within his label, II Pause, and composing for video games, this new album is easily his best.
For those that aren't exactly aware of what is actually going on with not only this album, but this style, it's basically the mix of electronic music and early video game music being mixed together. Basically taking the foundation, a melody or rhythm, from the early video game soundtracks and remixing them, putting elements of house, techno, drum'n'bass, and trip-hop into it. Tracks like The New Formation or Wagering Lights really demonstrate the mixing of styles perfectly, and it's enough so that anyone could really be able to hear the different elements intertwining throughout them.
Surprisingly, the music on here is really solid, as this was my first introduction with Disasterpeace's music, I then went back and listened to their other material, but it contains just the right amount of elements to make it catchy and unique at the same time. I found that these tracks not only are melodic and accessible, to those of us that like this sort of thing, but some tracks are even danceable, Counter of The Cumulus for example. The shorter "interlude" type tracks on here are also well worked for the most part, with both Adrift and Day of Reflection demonstrating excellent forays into ambient music. At the same time, while I found most tracks enjoyable, there were those that were just a weak in comparison to others, the odd ambient noise of Beta's Brilliancy felt just a little annoying.
Overall, a solid album from a artist that until recently I was unfamiliar with, a lot of talent. Since discovering this genre, I've found that there are only a few artists, to me, that really stick out among the rest, Disasterpeace is definitely one of them. I doubt that many fans of metal or rock would be able to enjoy this, but it's still worth checking out if you want something a little different.
Overall Score: 8
Highlights: Jump Wolf, Wagering Lights, Submerciful
Posted by maskofgojira at 6:10 AM