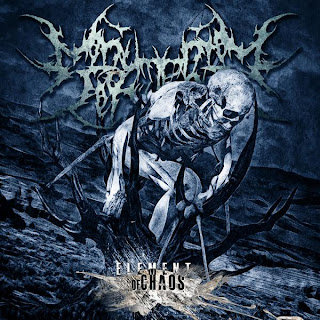 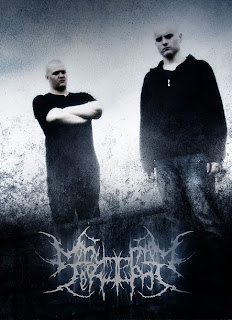 I'm not gonna lie, I see this group as the little brother of spazz-freaks tech-death band Brain Drill. This album is fast, brutal, and always moving, riffs are going a hundred miles an hour, sweeping, arpeggios, soloing like no body's business. The drums are being programmed to play at a breakneck pace, while the bass is clearly audible and it's short slaps and taps fit right in here. The vocals are brutal, low, and guttural, like one probably expects them to be. It's pretty much like a Brain Drill clone honestly, except for the fact that I found this album to be less headache inducing while listening to it.
Instead of going off into realms of pure self-indulgence, although, let's face it, most of this is anyway, there are breaks that move into the realms of jazz and "classical" on here. What I found interesting was the inclusion of piano on here, it's used throughout the album, and not as filler, but actually within songs, though it is more commonly used as an intro or outro, Mental Slavery. However I first became acquainted with the band through the title-track, Element of Chaos, with it's piano outro, which is what attracted me to check this album out in the first place.
While technicality has it's place, and this is just a complaint I have with bands that do this sort of thing, there are times where this just sounds like it goes nowhere and there aren't even songs anymore, just wankery, hear Lethargic Sleep. Luckily, most tracks on here are under four minutes. However, there are times when, unlike Brain Drill, I can actually find a riff that sticks in my head, Seek to Destroy for example, which is also a bit less full-on than other tracks, if not a bit melodic as well.
Overall, while I'm not the biggest fan of this style of death metal, I found this album to have moments that I did enjoy. I could definitely see others enjoying this a lot more than me, but I'll take a few tracks away from this. If you like really technical death metal, definitely check this out.
Overall Score: 6
Highlights: Slaughter House, Seek to Destroy, Paradox
Posted by maskofgojira at 10:23 AM