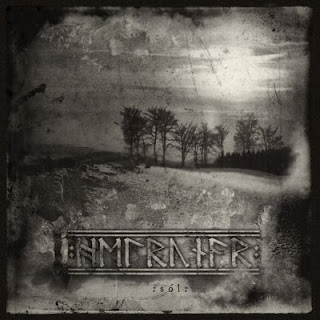 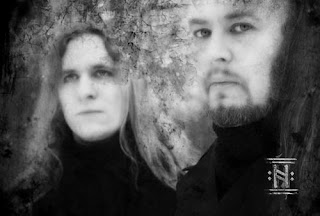 I guess even Helrunar figured that making their fans wait for a new full-length for almost four years, they would have to deliver their best album yet. After 2007's "Baldr ok Íss" booster their status and spread their profile to those across the globe, they return with this year's most ambitious double-album so far. With that on the table, right off the bat, it's going to be obvious to anyone that this will either be the crown-jewel in the band's discography, so far anyway, or a failure of the highest degree.
This album is the band's most progressive yet, with a lot more variation in the riffs, structures, and overall tone. I would assume it's pretty apparent by the song lengths for both albums, with the average length of a song being about eight minutes. Despite that, the band still retain the signature elements of their black metal oriented roots, with aggressive tremolo picking, pounding double-bass drumming, and raspy vocals, hear the thrashy Ende 1.3 or the more traditional sounding Die Mühle for a taste of this side of the band. Meanwhile, a track like Tiefer Als Der Tag or recall their more folk influences, utilizing acoustic guitars and a more sombre and melancholic atmosphere.
What I found to be the most impressive thing about this album is that it doesn't feel nearly as long as it actually is. You have songs on here that top ten minutes, yet none of them ever feel like it's all that long, tracks like Rattenkönig for example. I found that with that track in particular, the band managed to make the metal sections feel very urgent and paranoid, if that makes sense, while it's softer and more atmospheric moments captured a more bleak sound. I'd have to say that when listening to the entire two albums, the second one comes off as a lot more atmospheric and progressive, while the first one has a much more aggressive sound to it.
Overall, this was a very good album with very few parts that I didn't personally care for. A lot of really good songs and playing can be found on here, despite it's length, I think it's still very much worth looking into. If you like black metal with a bit of a prog edge, without being a prog band that is, I'm referring to Enslaved, then definitely check this album out.
Overall Score: 8.5
Highlights: Nebelspinne, Tiefer Als Der Tag, Rattenkönig, Sól
Posted by maskofgojira at 6:10 AM