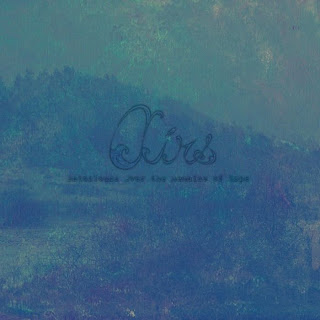 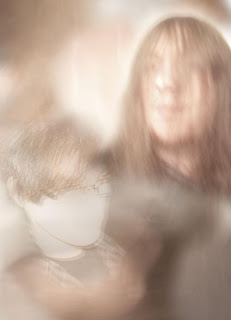 This is my second review of Airs, I originally reviewed their now disowned debut, "A Left Turn At Happiness," several months ago, but this new release shows that the duo have grown in almost every way possible. While I found that debut to be a bit inconsistent and containing more ideas rather than songs, this new full-length, and the EPs that came before it, have corrected that problem. On here the duo's black metal roots remain, but the shoegaze element has been brought out into the front and is noticeably more apparent than ever before.
After the intro, the duo burst open the doors with dreamy vocals and distorted guitars, playing what can be looked at as a black metal sounding riff, being played more like pop/shoegaze song. It's not traditional at all, though the black metal sound, as previously stated, is still very apparent within this album's sound. There's a certain rawness to the sound on here that keeps it from being a total shoegaze/dream pop record as well. Much like Neige's last record with Alcest, "Écailles de Lune," this album takes a much more dreamy and atmospheric take on the blackgaze sound. I do have to mention that despite the last of actual aggression, and screamed/growled vocals, on here, there are still some nice riffs, hear the bluesy-twang on We're Still Drifting.
Tracks like Cast Into The Sea have a distorted and a "heavy" sound, but are very melodic and almost danceable. Personally, I'm not the biggest shoegaze fan, there are those I like however, so I can't really say that all of these are true to the genre standards, but speaking for myself, I found this album to have really high highs, and some pretty low lows. There are tracks on here that are just fantastic and excellently composed and produced, the almost poppy sound of Joyless, and then there are those that just kind of meander and don't really do anything for me, the Cocteau Twins textures on Innocence just kind of went nowhere for me.
Overall, I'd say that most of this record was done excellently and is very catchy. Like I said before, I'm not the biggest fan of shoegaze music, but from what I've read about this album and from what it sounds like, it's obvious that this project is definitely going into a more dreamy sound as opposed to a more metallic one. If you like poppy, textured, and melodic music, than definitely check this out.
Overall Score: 8
Highlights: Rainclouds Over The Remains of Hope, Everyone Has Died Post-Haste, Joyless
Posted by maskofgojira at 8:40 AM