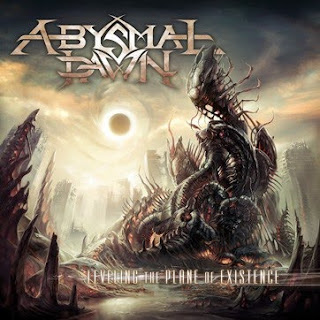 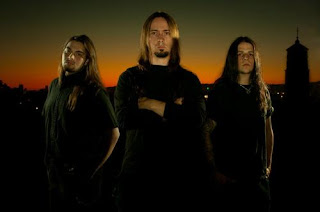 Everyone goes through phases throughout the course of their life when it comes to music, some listen to nothing but pop and rap when they're in high school and then delve into pure electronica while their in college before labeling it as trash and noise for lounge and elevator music in adulthood. I've gone through a phase which involved me listening to almost everything that was labeled "technical death metal" by the metal achieves, which introduced me to this band. While their debut didn't do too much for me, I found their 2008 album, "Programmed to Consume," to actually be well worth several listens, as it had more than a few catchy tracks on there. This album sees the band being reduced to a trio, with a new drummer on board.
On this album, I think I'd say that the sound is more melodic than in the past, but is not as trash influenced either, which actually presents the album as a weird paradox, this album doesn't have the more speed metal riffs that made their last album so catchy, but is probably easier to latch onto because it's more melodic. This album feels much more like a death metal album, technical melodic, and modern as it may be, but a true and blue death metal album, just hear tracks like Perpetual Dormancy or Manufactured Humanity.
I can say with all honesty that when listening to this album, I was a bit disappointed. The songwriting on here is not as strong as the stuff present on their last album, and results in an album that just isn't as strong, not to say there aren't any catchy tracks, hear In Service of Time. I can't say whether the change with including more of a modern death metal sound was one that will appeal to a wider audience or not, but for me, I think, while the production is certainly good, I found it to not feel as authentic or alive as I like my death metal sounding, it feels too soulless, but that's just my opinion. For me, I found a few points on this album to be very underwhelming and rather boring, which is a shame because I was expecting good things from this release.
Overall, this is a decent release, it's not terrible, but it's not exactly what I expected. There are moments on here that are well worth multiple listens and are catchy, but there are also just as many that I found to be boring. If you like modern death metal, check this out, but otherwise, you can find far more original and talented groups out there, or just listen to their last album.
Overall Score: 6
Highlights: Rapture Renowned, Leveling The Plane of Existence, My Own Savior
Posted by maskofgojira at 11:41 AM