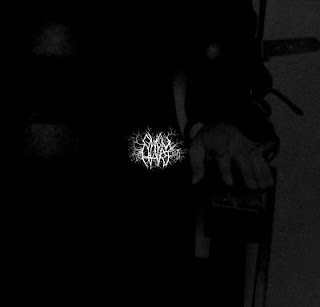 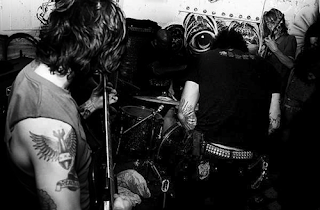 Following in the footsteps of genre legends like Cannibal Corpse, Converge, Carpathian Forest, and Dropdead, were who these guys were compared to on their press release. While I can confirm that this band certainly take elements from death metal, hardcore, grindcore, and black metal, I don't think I would limit this band to taking the sounds of those bands specifically, as there's a myriad of different sounds on here. A lot of these tracks I found to hold something related to thrash in some form, to which you could argue is a part of all three genres above, but still. It's a very aggressive record, but not without it's occasional breaks into more melodic or acoustic territory as well.
I've read some comments about the sound on here is very derivative of deathcore and technical metalcore, to which I'll admit to being partially true. This album, and band, could very well be called a metalcore band, but for me personally, it's kind of the bridge between early metalcore like Converge and more modern death/metalcore like Suicide Silence, leaning a bit more towards the Converge end of the spectrum however. Like mentioned above however, these guys have influences that demonstrate more black metal and grindcore sounds, something I haven't heard within the death/metalcore realm as of yet.
Honestly, this is a cool record, but it just isn't all that memorable, songs like Fuck Morrisey, Fuck The Smiths, Fuck The Cure are interesting and have some decent parts, but I couldn't remember them at all when the song finished. Not to say that there aren't bits of this record that demonstrate some potential, tracks like 44 Black or Methlahem have some decent black metal riffing on them, which I believe to be the band's greatest asset to separating themselves from being tagged a death/metalcore band. I found it was also to the band's benefit when they broke into a more simplistic groove or riff rather than trying to be all technical, all the time, heard in Evolution's A Fact, Jack for example.
Overall, I found this to be a decent record, not great, but solid. There are some songs on here that have some cool riffs, but just aren't too memorable. If you like aggressive, semi-technical grind/death than check this one out, it's not death/metalcore to reiterate.
Overall Score: 6.5
Highlights: Poor White Straight Guy, Bomb Bay Beach, Evolution's A Fact, Jack
Posted by maskofgojira at 7:44 AM