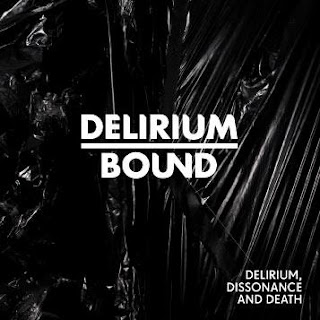 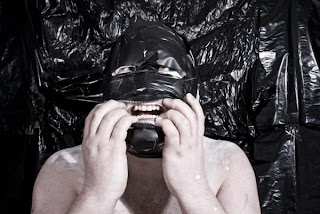 I don't think I've heard an album title so bold and descriptive of the music inside as this one in a long time. There's no fooling around with this album, it's pretty self-explanatory, you should really know what you're in for by reading the title. There's no proggy instrumental breaks, no big and melodic choruses, and no breakdowns, only blackened thrash in it's purest form.
There's really no room for trying to break new ground, this album pretty much plays a standard sound, but makes up for it's rather uninspired brethren, within the black metal genre right now, and I'm referring to groups that stick to only the traditional, meaning no adventurous spirits, to clarify myself. The music feels primal and very natural sounding, as if it was being played on the spot, mind you, it's doesn't feel improvised. In a way, it's some of the most authentically personal feeling black metal I've ever heard, it doesn't feel like these guys simply started writing a song as much as they played whatever described their emotions, hear a song like Coronated In Accidents. Having said all that, there are still some really catchy guitar or vocal lines held within this album.
From what I've found on this project, it was meant to be a vessel for mainman Kim Sølve's more aggressive and violent musical explorations. I don't think anyone who listens to songs like Zippermouth or Death Kings will deny that there's some twisted stuff going on in here. Thrash metal is as much a part of this album as the black metal parts, though the latter is obviously more prominent, the tendencies to go into the more, I'd call it violent, sources of thrash, IE early Slayer, Metallica, and Kreator. This album also feels, the way it was produced, more like a thrash album than a black metal one, there isn't a large presence of atmosphere, remaining very barren and stripped down.
Overall, this is a very cool record, definitely not bad, but it has moments that are better than others. I'd like to hear this band inject maybe a bit more of an all out assault, actually, becoming even more aggressive or violent sounding if they do another album. If you like blackened thrash that's stripped down to the bare essentials, than this is for you.
Overall Score: 7.5
Highlights: God-Faced Dogs, Delirium Bound, Knifepoint Departure
Posted by maskofgojira at 10:13 AM