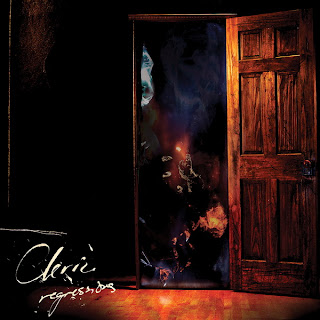 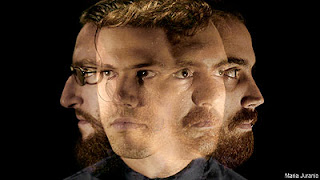 Cleric was a band that I knew about for quite a while last year, but only recently was able to check them out. Finding out about them through Label owner, Trey Spruance (Secret Chiefs 3), who liked their demo enough to sign them. This album definitely shows what I think he liked in them, it's takes a lot of balls to open an album with a nineteen minute long song and manage to keep a listener's interest. Actually, to bring up an interesting point, most of the "real" songs on this album top ten minutes, with short interludes breaking one track from another.
If you're looking for something unique within extreme metal then you've come to the right place, I've thought that this album is what would happen if you took Cephalic Carnage, Neurosis, Converge, and Between The Buried and Me and threw them into a blender. This album moves from rampaging spastic hardcore to quiet ambiance at the drop of a hat. Moments of total extreme chaos is well balanced with moments of more ambient and tranquil, as well as experimental, calmness. In addition to having plenty of metal and hardcore, as well as mathcore, influence dominating most of their music, elements of stuff like jazz and world music also make their way into these songs, only adding to the unique take on metal these guys have.
I have to say, that while this album is totally off-the-wall, unique, and really cool, it lacks memorability, not to say it's totally forgettable, but I'd like some catchy riffs or vocal lines thrown in here and there. The song lengths on here, despite being really cool and avant-garde to have songs being over ten minutes, is a bit taxing, if songs were shortened down a bit more, I really think this band could become an underground success. Tracks like A Rush of Blood or The Boon really have a cool sound, with thick distorted, but jazzy bass lines that cut through the rapid fire guitar riffs and stand out. Honestly, I have to say that with the more I listened to this album however, I realized that I was listening more to the musicianship, which is top notch by the way, rather than the vocals, and when the vocals were present I kind of just pushed them into the background of what I was hearing.
Overall, this is a really cool release that should interest a lot of people. While I hope that these guys hone their songwriting abilities a bit more to help make some more memorable songs, this is a really solid debut album. If you want something unique and extreme sounding, then this is an album you should definitely check out.
Overall Score: 8
Highlights: Allotriophagy, Cumberbund, Poisonberry Pie
Posted by maskofgojira at 7:48 AM