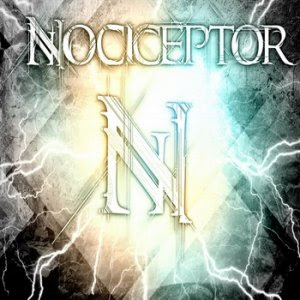 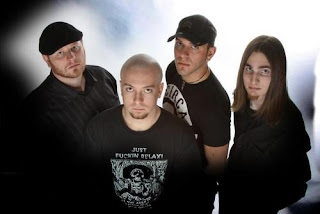 Nociceptor is a band that has slowly been gaining recognition within the djent/tech metal world recently thanks to their debut album, "Sum of All Scars," finally starting to get some attention. This new EP features two re-recorded songs from that debut and demonstrates a newer and more polished sound than their debut. While some do find this to be Travis Montgomery's (Threat Signal) side project, there are also just as many that find this to be more engaging than that one is.
While the band's debut album mixed Meshuggah grooves with Mudvayne vocals, this new album refines that sound by adding in a bit more of the djenty guitar sound and really brings them into the "genre" head-first. I'm not gonna lie, those traces of nu metal, as well as a bit of metalcore, are still heard in here, hear The Fell, but they've been reduced so they're not as annoying. While most of this release is dominated by grooves, going into a more melodic part usually for the clean vocals, which have actually become quite the highlight for this release. The band has also re-recorded Mollusk and Pornoholocaust on here, giving them a more polished sound that benefits them.
Overall, a solid release that shows a more matured sound, as well as a more polished one as well. This will definitely appeal to the people that like the whole djent/tech metal stuff for sure. If you like technical, Meshuggah styled metal, definitely listen to this band.
Overall Score: 7
Highlights: Botfly, Mollusk, Angus McCillicuddy
Posted by maskofgojira at 9:19 AM