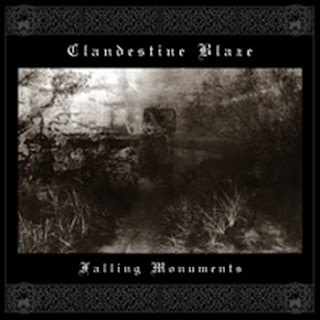 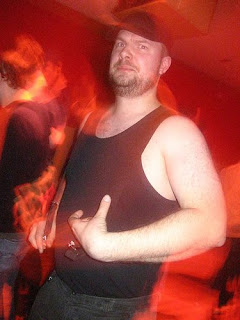 I don't think this was a release anyone expected to hear late last year. Back when everyone was packing up for the end of the year, this album was released, with almost no one being aware of it. Four years after his last album, "Church of Atrocity," Mikko Aspa releases his long awaited follow-up record, not to say he hasn't been busy with another big group.
This album picks up, sonically, right where his last record ended, you have a very melodic black metal sound that's fast, but not blazing or blasting, for example Endurance of Supremacist Ritual. A lot of the tracks on here are fairly standard sounding black metal, with not a lot standing out to me, unfortunately. I found several of these tracks to kind of blend together for me, which I haven't found on some of the project's other releases; and not to say that this record doesn't have it's moments either. There are some tracks on here, like Call of The Warrior or Discordant Howls of The Tormented that have a more epic and grandiose sound to them, in both their melodies, and to the keyboards as well, that make them stand out.
I have to say that the production on here isn't really really my cup of tea, personally, I found it a bit too dry. I would have liked to hear this record a bit more open sounding and maybe more atmospheric than it is. I found that the guitars had a nice fuzzy tone to them that give this album a pretty raw and live sound, which may have been the intention from the more scarce production.
Overall, this is a pretty decent release that will most likely be better received by other than by me. Like I said, this just isn't as good as some of the earlier albums were for me, but it's still worth listening to in my opinion. If you like melodic black metal that isn't cheesy or uses a lot of keyboards, than this is an album for you.
Overall Score: 6.5
Highlights: Call of The Warrior, Bloodsoil, Discordant Howls of The Tormented
Posted by maskofgojira at 2:18 AM