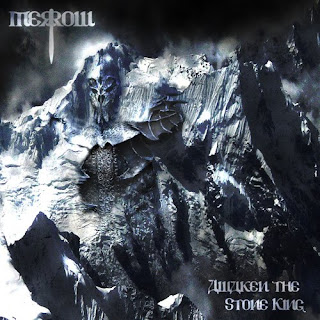 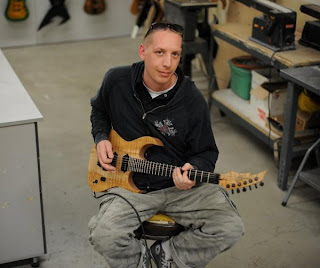 For those that are out of the loop with what Keith Merrow's been doing in recent years. Having released what is possibly one of the most highly regarded tech metal/djent albums to come out in 2009, his debut "The Arrival." Being entirely instrumental and attracting attention from scenes outside of that one, from prog metal to death metal to even fans of fusion, you can imagine how this guy sounds.
Despite being lumped in with the whole djent scene, Merrow does little to actually identify with it. Unlike the Meshuggah influenced sounds that come from that scene, Merrow appears make use of everything from traditional prog-metal to death metal, and while his debut had some more Sikth influenced riffing, this new album sees the two genres mentioned above taking a bigger part in his sound. These songs aren't as technical as his older ones are but instead feature a much more defined progressive metal sort of sound, not to say that there aren't some technical sounding riffs on here, listen to tracks like Heart of The Sea Nymph. Having Jeff Loomis play a guest solo on that track in particular also helps solidify his place in modern prog metal.
The overall feel of this album, from what I've heard myself and read in other's comments about this new album, is that is a bit more atmospheric and, to me anyway, more diverse and more melodic. While I think the tech metal tag was justified on his debut, this new album includes his death metal influences, Braving The Dunes, progressive metal, Stone King (The Awakening II), and actual technical metal, Paramount Asmodeus. All of these styles are done in a way that retains Merrow's own stylistic signatures as well as being used very melodically as well.
I'm sure that this album has not lived up to the hype and standards that a lot of people probably put on it, but it's solid nonetheless. This is a much more adventurous album and one that should definitely be listened to from start to finish. If you like progressive metal in any shape or form, definitely check this album out.
Overall Score: 8.5
Highlights: Heart of The Sea Nymph, People of The Bog, Stone King (The Awakening II)
Posted by maskofgojira at 8:53 AM