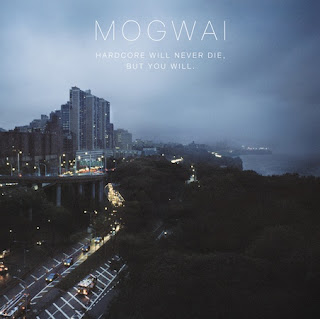 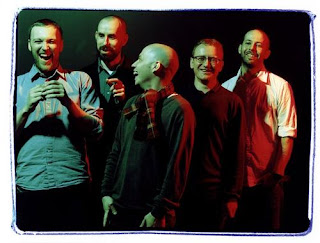 I have to say that I'm rather late getting to the post-rock party, as I'm still a relatively new listener to Mogwai. Having heard good things from friends about them being one of the genre's heavyweights, this is my first real experience expecting a new album from the band. From what I understand, this album continues the band's path at making their music a bit more straightforward and less soft-heavy-soft-heavy-soft-heavy all the time. I have to say that while I did enjoy their 2008, "The Hawk Is Howling," album I enjoyed some of their earlier releases more. Right from the start, this album really just delivered everything I love about the genre to me in excellent fashion and just blew me away.
I found that some of the band's older work, while I enjoyed it, was often a bit to soft for even me, sounding very minimalistic at times, but this album just sounds so full and textured. There are bits on here that I could even call danceable, poppy even, hear Mexican Grand Prix or How to Be A Werewolf. While I've never been the biggest fan of the vocals that have been used in conjunction with Mogwai, there are some good ones, but I'm generally not a big fan of them, the auto-tuned ones on George Square Thatcher Death Party almost killed the track for me. I can also say that this is record is far from being soft and then heavy, the two cross over more than once on here, probably most notably on the first single, Rano Pano.
I have to say that what makes me like this record probably more than some of their others, is really the production. I found that the soft sections had just the right sound to really hit home with me, a certain tone that really just made the album for me. The distortion is also well done, it's not as heavy as metal, but it's still a solid sound, hear San Pedro. However I'd say that Too Raging to Cheers kind of recalls a bit of the old Mogwai sort of sound, more so than some of the other tracks, which might intrigue a few people.
Overall, I really liked this album quite a bit, I was not disappointed by this at all. Though I still favor a few of their older works more, this is still well worth a listen. If you like post-rock in any way, definitely, if you haven't already, pick/check this out.
Overall Score: 8
Highlights: White Noise, Letters to The Metro, You're Lionel Richie
Posted by maskofgojira at 8:08 AM