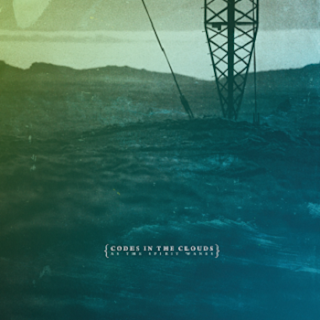 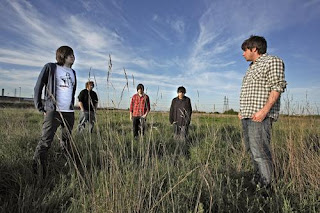 Coming off of a remix of their debut last year, this is CoTC's second full-length record. I was not really all that familiar with the group until I found out they were on the same label as Ólafur Arnalds, who's last record turned out to be one of my favorite records from last year, which made me want to check this out. Although, essentially, they are a post-rock group, most of the groups/artists that are on Erased Tapes have a more cinematic touch to their music, which I definitely found on here. I think it will make itself obvious to anyone who listens to this album, that besides the usual instrumental builds and falls, additional instruments have been included in here to set it apart from other groups.
I found instruments, mainly synthe based sounds, like organs, bells, horns, and strings. The regular instruments also manage to switch it up throughout the disc as well, incorporating traces of shoegaze, Look Back, Look Up, jazz, The Reason In Madness, In Love, and country-esque, Your Panopticon. These elements all come together in a way that really give this album, and band, that cinematic vibe to them that just makes it feel more diverse and original sounding than the average post-rock group.
Besides those parts however, this is a pretty regular post-rock album, it has all the ups and downs, mellow and heavy, so it should come as too much of a surprise. What makes this band different when you take out all the additional synthe work, is that when the mellow parts come are used, they are very sparse and slow and when the heavier parts come in, their sound becomes really full and big, hear Washington. Personally, I enjoyed some of the heavier tracks myself, tracks that got louder and a bit more distorted, as opposed to staying quiet and mellow, those moments, understandably, have more use to build towards a crescendo rather than staying dense and big all the time.
Overall, while I'll say that this was a pretty solid album, it had some really cool songs, but some that were just middle of the road for me. I could see people that liked the Ólafur Arnalds record really getting into this one, but there are some that might see it as just another post-rock group. If you like more subtle, somewhat orchestral rock music, than definitely give this record a shot.
Overall Score: 7.5
Highlights: You and I Look Like Seasons, The Reason In Madness, In Love, The Tragedian
Posted by maskofgojira at 7:44 AM