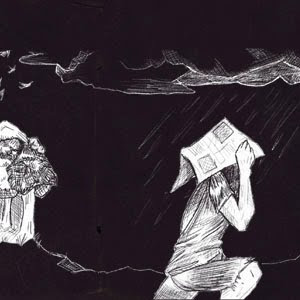 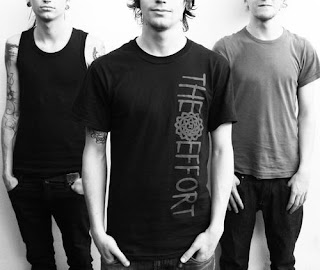 After the surprisingly quiet intro portion of the intro track, Among The Ashes, the second half just jumps up with a ferocity, having plenty of that hardcore punk energy. There's something to be said for a good old fashion hardcore punk album, I'll admit that I'm not the biggest fan of the hardcore genre, there's the odd band I'll find that's cool or that I like, but for the most part, I'm fairly indifferent to it, this album has what I like when I find a good band. There's plenty of high energy tracks on here that really got my blood pumping; in fact, most of the songs on here are short enough to capture all the energy lasting long enough without overdoing it.
Like I just said, I'm not the biggest hardcore fan out there, but I found that this EP had a lot of moments that reminded me of Poison The Well, especially the vocals. The screams are very passionate, but there are also those moments during a slowdown where the vocalist will go into a yelling/speaking part that totally reminds me of Jeffrey Moreira. I have to say that there are some riffs on here that also remind me of that band, there's a sense of melody to the songs that really manages to keep me interested, as well as the angular sound of several of them, hear Colossus or Chat Noir.
Overall, I have to say that this was a pretty good release, even if it's from a style that isn't really my thing. I have to say these guys are a band to watch, they have some cool riffs on here and have a knack for writing interesting songs. If you like hardcore, post-hardcore, or just want something a little different, than definitely check this out.
Overall Score: 7
Highlights: Words of Astaroth, Kidcalled Dreamer
Posted by maskofgojira at 7:13 AM