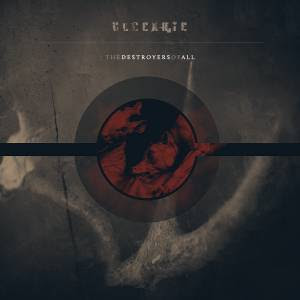 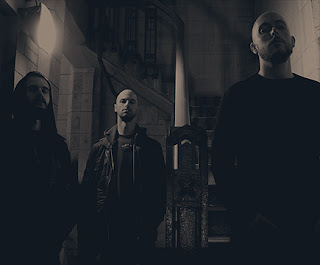 A few years ago, Ulcerate lost all but founding drummer Jamie Saint Merat, who picked up the pieces to continue the band. That record that followed the debut, 2009's "Everything Is Fire," was considered less than spectacular in comparison to the debut, but this new album takes it to another level. This new album expands upon the the last albums adventurous movements into slower and more melodic territory and really takes this album into unexpected directions.
This record no longer contains long, winding sections of blast-beats and brutal technicality, instead, more atmospheric and mid-paced sections are being placed throughout any given song, making the entire disc more dynamic. Opener, Burning Skies, doesn't ever really hit speeds that one usually associates with tech-death, staying fairly mid-paced, but having some great dissonant parts as well as some more crushing doomy ones as well. It becomes obvious by the second track that this album is not one that will blow your head off with technical wankery, instead, it chooses to slowly grind away at you. However, Merat never lets the band seem like they've gone sludge or doom, hear the end of Cold Becoming where he's bulldozing his way through the slower paced riffs at tremendous speeds.
I found that even though this record was slower, I'll admit that there were a few times that it did seem overly slow, even for me, there are some really solid riffs on here, the opening riff of Omens is really dissonant and discordant sounding. In fact, I found that the more dissonant sounding chords actually were the parts that I usually enjoyed the most. I'd say that the middle of the record is really the only dip in this record, as the beginning has a nice slow and melancholic vibe to it while the ending feels a lot more rampant and aggressive in comparison.
Overall, I really enjoyed this record even though it is much more of a grower, to me anyway, than their previous releases. This album definitely will have some older fans scratching their heads and saying that this is boring, I've already seen it, but I can't name another band that's gone through playing the usual tech-death riffs and later slowed everything down to a crawl so effortlessly. If you like doom metal with an emphasis on grinding parts or you like death metal that's a bit slower, definitely look into this album for sure.
Overall Score: 8
Highlights: Dead Oceans, The Hollow Idols, The Destroyers of All
Posted by maskofgojira at 6:35 AM