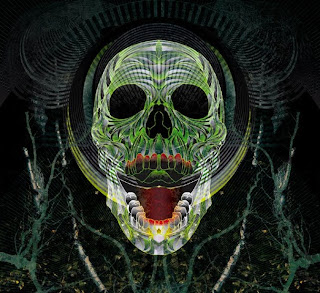 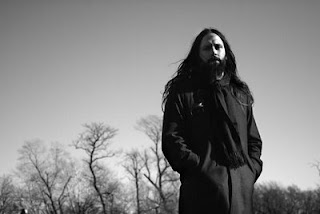 Coming off of two releases last year, not including his many guest appearances as well, Bruce Lamont managed to finally put out his debut solo record. Expressing ideas that aren't so definable, if his main band, Yakuza, was definable, by his many projects. This is a journey of an album and is an experience that should be taken in from start to finish.
This album really takes a different approach towards the avant-garde jazz metal of Yakuza, the industrial metal/rock of Circle of Animals, the soundtrack metal of Bloodiest, or his Led Zeppelin tribute band; on here, you have a mix of singer/songwriter folky acoustic stuff, long drone passages, industrial soundscapes, and hints of his more metal side. Opener, One Who Stands On The Earth, can give you somewhat of a rough sketch as to what you'll get with the rest of the album, but once again, it's gonna be a rough sketch. There's enough going on in a single track to keep anyone entertained, but if you're coming into this expecting it to resemble his other bands, this might throw you for a bit of a loop. The journey that was mentioned above is certainly one that will test a listener's patience, as some tracks will remain very quiet and bleak, the darkly textured acoustic track Year Without Summer, is in stark contrast to the noisy industrial assault of Deconstructing Self-Destruction.
This isn't so much of a heavy record, in any sense, it's textured and it's layered, but it's never going to overwhelm you with how much sound is present at a single time. There's always just enough to keep the song interesting, but not make it sound like a wall of sound, which works in this album's advantage because I don't think a big production would have made this album feel as ritualistic as it does. I think the word ritualistic is actually the best term for this album, as it does feel like a ceremony at more than one time, with ups and downs, long passages that just entrance the listener and, despite not doing drugs to this album, still managed to fully capture my attention.
Overall, this is a very good record, personally, it's not as good as Yakuza's, but that's just my opinion. I could see a lot of stoners putting this record on and just tripping out to it, I could actually see Lamont being stoned while making some of these tracks actually. If you like experimental music in any capacity, this comes highly recommended.
Overall Score: 9
Highlights: One Who Stands On The Earth, Disgruntled Employer, 2 Then The 3
Posted by maskofgojira at 5:00 AM