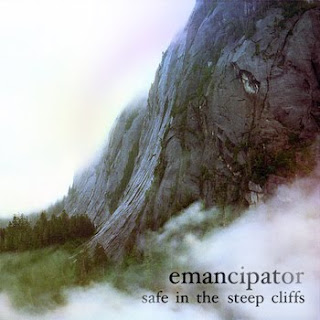 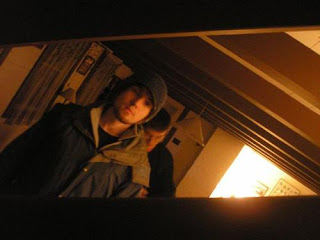 I'll start this off by saying that if I had heard this album last year, it would have for sure, made it to my top 50 of the year. This project was founded by young producer Douglas Appling and has steadily been gaining recognition for his clean production and unique take on instrumental trip-hop. This album has something so entrancing, and interesting, about it and just really sucks me in. It has the right sounds that really make this album a really majestic and beautiful album.
The key word for this album is beautiful, in my opinion, as it's just so ambient and open sounding. The beats aren't overwhelming, but adding just enough of a rhythm to keep this from becoming background music. The use of more natural sounds on here also adds some inexplicable quality to the music on here that just makes it sound "natural" and huge. The atmospheres on here definitely capture the beauty of the wilderness, tracks like Black Lake or Vines sound like they're were being played at the top of a mountain looking down on the world. The entire disc just sucked me in from start to finish and made me sway back and forth to it's beats as well as become hypnotized by it's quiet melodies. Probably my only complaint comes from the length of this record, with the last handful of tracks kind of dragging on, but even that's pretty minor for me.
I don't want people thinking that this is just another run-of-the-mill instrumental trip-hop album though, it's so much more. The use of piano and saxophone on Kamakura or the guitar solo in Nevergreen just give it that extra push that really takes it home for me, adding in the elements of jazz/fusion into it's being. The extra hints of more classical/symphonic elements within the latter half of the album also really hit home with me, much more string, cello, violin, viola, sort of stuff being used for example, which I personally love. I don't know if other people will hear this, but I could almost hear this being a movie score/soundtrack at times, hear tracks like All Through The Night or Rattlesnake.
As you can tell, I obviously love this record, so I don't need to tell you how good it is. All I can say is that there's quite a bit of trip-hop I listen to, but while there are several groups/projects that I like, there aren't many that I love, this album is definitely of the latter. If you like experimental, ambient, instrumental trip-hop stuff, I can't recommend this more highly.
Overall Score: 9.5
Highlights: Every Track Is A Highlight
Posted by maskofgojira at 8:30 AM