In-Quest - Made Out of Negative Matter 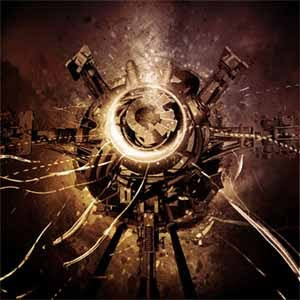 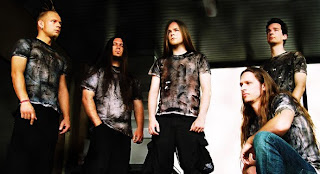 The Future Sound of Decapitated.

In-Quest is a progressive death metal band from Belgium. Their claim to fame, sort of, was the album they did back in 2004, "Epileptic," with Aborted vocalist Sven de Caluwe. They have since replaced him with Miqe Lofberg, and their sound has evolved into a sound many fans of Decapitated will remember.
The sound on this album brings to mind the sound that Decapitated had on their most recent album, "Organic Hallucinosis." Miqe's vocals are similar in style to Covans and are used in a similar fashion. The music also combines elements of technical death metal and melodic death metal with Meshuggah influenced grooves. Similarities like these comprise the album, and make me think that this could have been the sound a listener would have found on the record that would have followed up "Organic Hallucinosis," had Vitek not died.
The Meshuggah influence is obvious in how the grooves are oriented with weird melodies placed over the rhythms. The second track, Mind Over Matter, showcases this with style with elements of more traditional death metal influence as well. While it is not the most original sound in the world, In-Quest does a good job at trying to get in some cool, odd grooves into their sound and make it sound like themselves more than most bands ripping off Meshuggah right now.
The vocals on this album, like already mentioned, have a similarity to that of Covan's style. The sound of the vocals is obviously different from that of Sven's more death metal oriented style, and is more hardcore-like sounding. They do feature some lower moments like in Thy Subatomic Collapse, but they usually stay within a more hardcore style.
Musically, guitarists Douglas Verhoeven and Valery Bottin create those catchy grooves and clean melodic parts to go over them. These guys are at the top of their game on this album, some of the solos are absolutely brilliant sounding, like on Ignition Sequence. On The Auxiliary Theory, some of the more progressive elements of the band come out in some cleaner guitar parts. Dysfunctional Inscapes is a short instrumental that also showcases some of these cleaner parts, this is also a track where drummer Gert Monden brings in some odder jazz rhythms into the mix.
Gert, as a drummer, does not quite have the same abilities as Vitek or Tomas Haake, but is still up there as a drummer who combines odd poly-rhythms with more technical death metal drumming double-bass. He switches time signatures flawlessly throughout songs, moving in sync with the guitars and bass. Another song that features some cool drumming patterns is Anomaly of A Tortured Mind, which is one of the slower and more atmospheric songs, but features parts that leave room for a lot of fills.
Overall, this is a good album, and showcases some of the best death metal this year. While not entirely original sounding, it's an album with a lot of memorable parts and cool grooves. All the musicians on here are all underrated and you should check these guys out if you like groovy death metal with some cool progressive and atmospheric parts.
Overall Score: 9.5
Highlights: Every Song Is A Highlight
Posted by maskofgojira at 6:59 PM