Ondskapt - Arisen From The Ashes 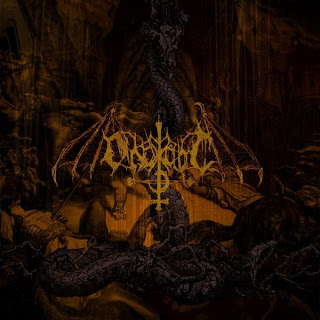 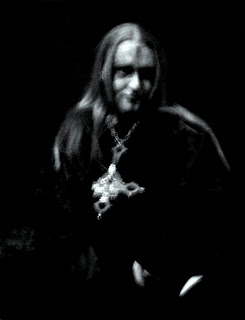 If Black Metal Was Satanic, This Is What It Would Sound Like.

Ondskapt is a black metal band from Sweden. They are a band that keep BM more traditional and raw sounding, like the early 90's BM bands. This is their third record, and the first to not feature founding member Wredhe, on guitar and vocals.
Ondskapt's musical roots lie within old Mayhem, old Emperor, Gorgoroth, and other early BM bands. There is nothing on this new record you probably haven't heard from Ondskapt in the past, but the vocals are a little more focused on Acerbus, rather than him and Wredhe together. The music is also a bit less extreme sounding, and a bit more like the classic BM bands. More cavernous than consistent hammering.
Ondskapt is a band that are one of the more well known BM bands that reference orthodox satanism within their lyrics. This, and the fact that Kvarforth, of Shining, had played guitar with these guys back in 2005 has created a bit of a buzz within the underground scene. These two factors have made Ondskapt a bit more well known than most bands that reference Satan worship these days.
As previously mentioned, Acerbus is providing all the vocals on this album; and his style is a bit more like an average BM vocalist. He has his moments of being cool and standing out, but his overall performance is not as unique as Wredhe's was. His range is also not as impressive when compared to other vocalist within the genre, but he is still a solid screamer. He does put out a rather good effort on tracks like Killing The Human Mind or the title-track, Arisen From The Ashes.
Astute Sceptre is a track that is quite impressive on this album. It contains a bit of a technical edge that the other songs do not have; the riffs seem to move between more mid-paced black metal and technical/melodic death metal. The chorus riff in this track is especially catchy.
Overall, this record is a worthy listen. Whether you're a casual listener of old-school black metal or not, this record has some parts that you'll find pretty worthy. While not as unique as many might have thought this record should have been, it does contain some of the best sounding classic BM to come out this year.
Overall Score: 7.5
Highlights: Ominous Worship of The Divine, Astute Sceptre, Impaled By The Fundaments of Our Time, Arisen From The Ashes
Posted by maskofgojira at 1:40 PM