Against The Plagues - Decoding The Mainframe 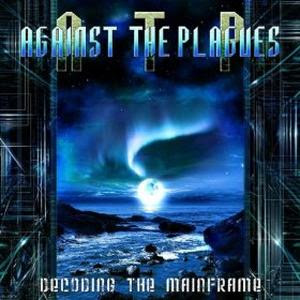 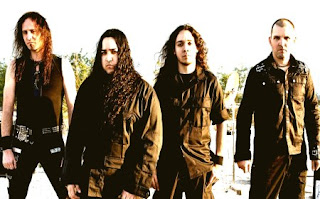 And Moses said, "On The Final Day, The First Born Son Shall Die."

Against The Plagues is a symphonic black metal band from Illinois. "Decoding The Mainframe" is a remixed and remastered version of their 2007 self-released album, "The Archtecture of Oppression." This album has also been rearranged, the songs have, into a new order to allow for better flow.
As just stated above, this album has been remixed and mastered, so it is not really a "new" album. The thing that benefits this from being your average album tune-up is that this remix was performed by the legend Dan Swanö, whose production is always warm and full sounding. This allows this band's sound to be a bit more roomy sounding, I mean like they're playing in an arena vibe, not a practice space; that kind of room.
Riffs range from more symphonic black metal to more traditional sound thrash riffs, hear Order of Decay's beginning. There is even some elements of technical death metal within this album, The Key to Ourselves. This breathe some diversity into an otherwise pretty average album, not breaking any new ground, but doing what they do decently.
Though being a symphonic black metal band, ATP use the symphonic element differently than Dimmu Borgir does; plus the synthe's used to make the symphonic parts are not up front. These symphonic elements are used more for textures and atmosphere. A person could clearly still hear those synthe parts, but you could just as easily listen to the vocals or the guitars over it.
The guitars on this album are much more technical than most bands within the genre perform the style. Plenty of melodic and simplistic parts are included, but you'll find just as many parts that a prog band might have as well. While no twisting and turning song structure as included, plenty of the riffs themselves are worthy of praise, like in the opener War Against The Plagues.
Vocally, this band may not have the most versatile of singers, but he can do quite a lot with what he's given. From the more death metal grunts on War Against The Plagues to the throaty speaking on Renegade Manifesto, he does make himself known. When he does break out into a black metal scream part, you could easily draw comparisons between him and Dimmu vocalist, Shagrath. For the most part, I believe that the main vocalist does the screams and throat singing, while the guitarist does the growls, since there are so few of them.
Overall, there isn't really a whole lot on this record you couldn't find from another band within the same genre; but if you're a big fan of the genre though, feel free to check this out. The production does help this album to make slightly more tolerable and entertaining. Chances are that this remix will not win them over any new fans, but for collectors who like to have the same album, one that sounds better anyway, than this would be good for them.
Overall Score: 6.5
Highlights: War Against The Plagues, Beyond The Past of Pain, Order of Decay, Force From Within
Posted by maskofgojira at 9:29 PM