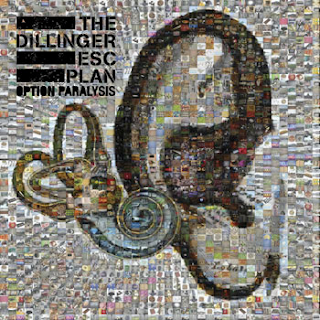 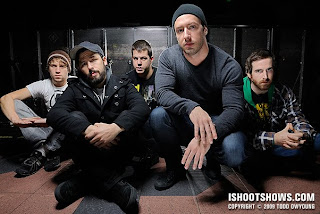 A Growth? An Evolution? What The Fuck!?

The Dillinger Escape Plan is a mathcore/technical metal band from New Jersey. They have evolved with each passing album, growing ever more progressive in their song-writing and experimental in their style. This new album is the accumulation of everything they've ever done and shows very little that other bands are even doing right now.
Not only is this DEP's most progressive record yet, it is also their most cohesive and metal sounding, in the words of guitarist Ben Weinman. The aggression that has been present of previous records is now much more focused and melodic sounding. The overall sound mixes punk-like aggression, technical metal's spastic frenzied riffs, poppy melodic hooks, and progressive experimentalism. Songs are no longer just one-sided, crazy and spastic tracks are now mixed with melodic pop, shown in a song like Gold Teeth On A Bum.
The spastic technicality of DEP is still fully a part of the band's sound and is still very much their trademark on this record, just like the ones that preceded it. Songs like Good Neighbor and Crystal Morning are full of the stuff that will make fans of "Calculating Infinity" foam at the mouth. Even a song like Endless Endings has a mix of that sound with some of the vibe from "Ire Works" mixed within it.
Vocalist Greg Puciato demonstrates greater vocal prowess than ever before. His screams are gut-wrenching and his singing is melodic and on key. He also periodically switches between the two with relative ease, which only makes his role as a performer live even better.
This is also the first appearance of new drummer, Billy Rymer, on record. His playing on this record is very much in tune with guitarists Ben Weinman and Jeff Tuttle out of control riffs and breakdowns. His playing showcases much more double-bass drumming then on other records, and only serves to give you even more trouble listening to some of these parts.
Jazz pianist Mike Garson guests on this album.Widower, one of the tracks, is somewhat unexpected from DEP, as it is very much a progressive song, rather than a mathy song. Beginning very much like a ballad, but moving into a melodic metal sound, unlike anything heard on any other DEP album, EP, or even song. But as the song moves on, it moves into more traditional technical DEP territory. He also plays on I Wouldn't If You Didn't, a song that begins like a regular track, but soon moves into the melodic vain of a radio rock band, only to then explode again.
The final track, Parasitic Twins, is probably the oddest track on the record. This song has an almost Mike Patton sensibility to it, moving from electronic pop, to jazz, to rock-ballad, to avant-garde metal without hesitation. This is the one track that probably stands out among all the rest and is a fitting end to this record.
Overall, this record is what I would consider the essential Dillinger record. Demonstrating the largest jump between records and also showcasing elements of everything they've done in the past. Any fan of progressive and experimental music should check this album out, as there is something on here for everyone.
Overall Score: 9.5
Highlights: Every Song Is A Highlight
Posted by maskofgojira at 3:09 PM