Mouth of The Architect - The Violence Beneath EP 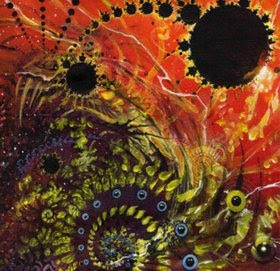 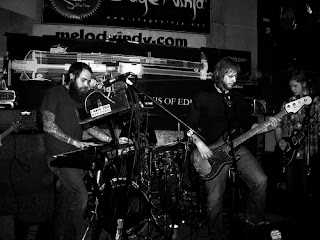 Nothing Says I Love You Like A Kiss Does.

Mouth of The Architect is a post-metal/sludge metal band from Ohio. Taking cues from sludge heroes Neurosis and Isis, these guys have put out 3 full-length albums before this years new EP. This new record doesn't really explore any new territory, but expands upon those previous records in all areas.
The first track, and the title-track, The Violence Beneath, is a heavy and brooding sludge metal song. While this track starts fairly standard sounding, a cool melodic riff comes in at about 2:30 and just leads into some cool sounding guitar harmonies and melodies. This song brings to mind not only Neurosis, but even a bit of Mastodon; more so in how the song seems to progress and a few of the riffs.
The second track, Buried Hopes, is much more of a progressive song; being over 10 minutes may not seem all that long compared to some of the band's older works, but it's the longest track on this EP. This track uses both clean vocals and acoustic guitars, moving into ambient passages within it's background, slowly growing larger and larger sounding. The song moves into heavier territory after a few minutes and, even though the sound is very full, every instrument can be clearly heard. This track probably has more angular riffs when compared to the song that preceded it.
The third track, Restore, is a live recording and is also the shortest song on this EP. This track really lets the band's instrumentation breathe a lot more, giving it a bit more of an open and raw sound. The more post-metal side of the band seems to have a bit more presence in this live setting, allowing mellow and ambient passages to echo out and reverberate.
The final track, In Your Eyes, is a cover song of a Peter Gabriel hit. While this may not be entirely clear upon listening to it, people who know the lyrics will recognize it. Besides being a cover, it offers a different sort of interpretation of a ballad; this is probably the slowest song on here, and also is very compact sounding as well.
Overall, this is a nice EP and a cool gateway into what the band's next record might sound like. While not completely different from their past work, it works if you can take it for what it is. Even if you're not completely into sludge or post-metal, this would be a great place to start, due to it's shortness, but maybe not the most produced sound, if that's what you're looking for.
Overall Score: 7
Highlights: The Violence Beneath, Restore
Posted by maskofgojira at 11:50 PM