Demon Hunter - The World Is A Thorn 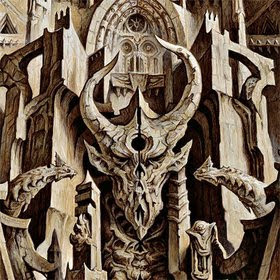 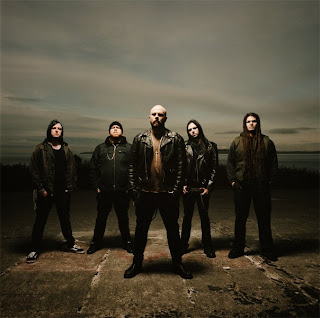 A New Rebirth Into God.

Demon Hunter is a thrash/metalcore band from Washington. "TWIAT" is their fifth album and is the first after a major member change in the band. These new members seem to have infused more "metal" influence and adding a sharper edge to this band.
As just stated, this is the first album after the decision for founding member, guitarist Don Clark, brother of singer Ryan Clark, to leave the band to focus on his family. Before that, second guitarist Ethan Luck had decided to leave the band as well. These two deciding to leave allowed new guitarists Ryan Helm and Patrick Judge to join the band and introduce a more thrash metal approach to the songwriting and playing on "TWIAT."
Though being one of Demon Hunter's most aggressive albums, it still contains their trademark ballads. Songs like Driving Nails and Blood In The Tears provide the balance that the album needs from the heavier thrash oriented sound of "TWIAT." Blood In The Tears closes the album on a somber note, being very sorrowful and melancholic sounding compared to even Driving Nails, but with that said, it is also heavier than that track.
As with previous Demon Hunter records, guest vocalists are on present on this record. Three guests singers are utilized on different songs throughout the record, and may bring fans of these singers into Demon Hunter. Soilwork vocalist Bjorn "Speed" Strid guests on one of the most melodic tracks on the record, Collapsing, adding the pre-chorus. Ex-Scar Symmetry, present Miseration vocalist Christian Alvestam guests on Just Breathe, once again adding the pre-chorus, but provides a lower growl and his trade-mark clean singing to the mix. The final guest is Throwdown's Dave Peters, who provides some of his screams on Feel As Though You Could.
This album features some of Ryan Clark's best performances yet as a singer. Songs like the opener, Descending Upon Us, shows some of his best harmony singing on the record, while his most passionate singing is most definitely on Driving Nails delivers a very soulful performance. But his growls are not gone, songs like LifeWar and the title-track are some of the most aggressive Demon Hunter has ever produced.
Solos are a bit more present on "TWIAT" than previous records. This shows that the band is evolving somewhat into a more "metal" band. Breakdowns are sporadically used but never really bring that dun-dun dun-dun, feeling that other metalcore bands use.
Many people will say that this is not a "true" thrash metal album due to the use of very melodic songs and clean vocals, but that doesn't mean that this record was intended to be a "true" thrash record. The influence from the style is there, but never overpowers the style that Demon Hunter was founded upon. It's more appropriate to say that this is a more of a modern melodic death metal record.
Overall, this is a good, solid album that features a sound that fans of metalcore, melodic death metal, and even hardcore will enjoy. While it doesn't really introduce a lot that Demon Hunter hasn't done before, it improves upon those elements for a catchy record. This is not for everyone, but if you check it out, you'll probably find at least one song you like.
Overall Score: 8
Highlights: LifeWar, Collapsing, Driving Nails, The World Is A Thorn, Just Breathe, Blood In The Tears
Posted by maskofgojira at 2:33 PM