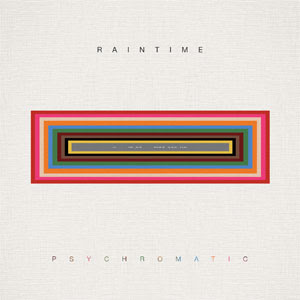 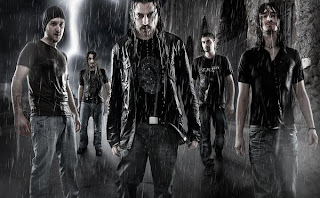 A Dangerous Mind With Playful Thoughts.

Raintime is a power metal/melodic death metal band from Italy. This is their third album and demonstrates an even more modern sound than previous records had. Utilizing more melodic metal and electronic music in their sound while most of the heavier aspects of their sound are not as present.
The heavier and more death metal part of their sound has become smaller and less present, with melody taking an even greater place in their sound than before. Choruses seem to be what this record focuses on for the most part, as a lot of a song's defining moments are present during the chorus. This makes Raintime's sound much more mainstream sounding than their previous records and can be considered a bit of a sell out tactic, but they still maintain that power metal sound, so you have to look at it from both sides.
Unlike a lot of the band's piers, electronica seems to have a bigger part in Raintime's sound than other power metal bands. Songs like Turned Up and Down, which features an electronica hook in it's chorus, and Nothing But A Mistake, are both dominated by the keyboard for the most part. This entire record features a sound that is dominated just as much by guitar riffs and synthe parts, kind of mixing very dancy parts with heavy guitar riffs.
But this is not to say that the entire record is entirely focused on melodic synthe parts, like previously stated, guitar riffs are still present and are very important in Raintime's sound. Songs like Fire Ants and Beaten Roads are both driven by more thrash guitar riffs than keyboard samples. This is much more of the old school sound of the band's sound, and at some points even moves into death metal.
This album has it's fair share of ballads or softer songs. Tracks like I Want to Remember and Shift are more more melodic and soft compared to some of the other tracks, but allows the record to be a little more diverse sounding. On these songs in particular, the vocals are the highlight, where singer Claudio Coassin deliverers powerful and emotional singing patterns.
Claudio's cleans dominate this record for most of the album, with growls rarely showing up in songs. This is similar to the band's overall style, but allows the growls to be used when they are more essential to the sound, rather then most bands who use dueling vocal styles. Growls can actually be said to represent actual anger or rage in Claudio's vocals rather then him just screaming for an entire song, and then singing for the chorus, it's broken up much more than that.
Prog metal seems to enter the sound of this record near it's end. Songs like Buried In You and Walk-On Actor are all still very melodic, but feature some more modern prog influence like Symphony X or Dream Theater. Everything kind of comes together during Walk-On Actor, the final song, which mixes the melodic power metal, electronica synthe patterns, progressive song structures, and even some more extreme metal moments.
Overall, this is a fairly entertaining record, with most of the better songs being closer to the record's end. Fans of really melodic metal with a little bit of mainstream leanings could definitely find some cool songs on this record. While it's nothing special when comparing it to some of the other bands within both genres, power metal and melodic death, they have an interesting mix of those sounds with electronica, and that in itself deserves mention.
Overall Score: 7.5
Highlights: Fire Ants, Nothing But A Mistake, Fake Idols, Beaten Roads, Buried In You, Walk-On Actor
Posted by maskofgojira at 6:00 PM