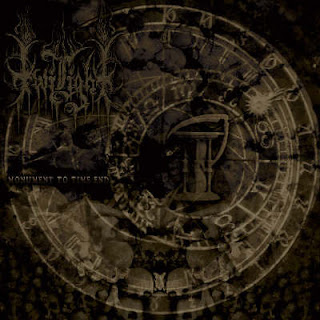 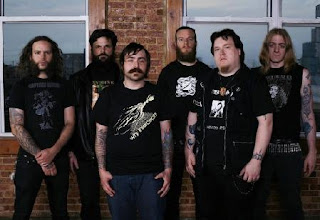 Home Just Isn't What It Used to Be.

Twilight is a black metal super-group that formed back in 2004 by numerous members of pioneering US black metal musicians. Their debut record that was released in 2005, was said to be the only thing to ever be released under this name, but it is now proven that that statement was false. Twilight reformed back in 2009 with new members and recorded this new album.
The founding members of this band included Wrest (Leviathan, Lurker of Chalice) on drums, guitar, bass, synth, and e-bow, Hidolf (Draugar) on vocals, Azentrius (Nachtmystium) on guitar, bass, and vocals, Imperial (March Into The Sea, N.I.L.) on vocals and bass, and Malefic (Xasthur) on guitar, synth, and vocals. This group created a self-title record that was an essential piece of American black metal. This group, as stated above, was only meant to create one album, as such, Malefic and Hidolf left the band soon after that album's release.
This new group includes older members, Wrest, Azentrius, and Imperial all performing their instruments the same as before, but include new members, Stavros Giannopolous (The Atlas Moth) on guitar, Aaron Turner (Isis, House of Low Culture) on guitar and vocals, and Sanford Parker (Buried At Sea, Minsk) on guitars and keys. This new group, judging from their respective bands, has definitely influenced the sound of this record greatly. No longer are the pure, bleak sounding black metal of the self-titled debut record.
The sound found on this record reflects the coming together of the post-metal background of these newer artists, with the black metal sound that this band was founded on. As such, this album is the hybrid of black metal, post-metal, sludge metal, industrial music, and dark ambient, bastardized together. These influences can be heard within even the first minutes of the opening track, The Cryptic Ascension, which has the sound of black metal for sure, but builds slower like the post influences that have been infused into this band. Unlike the last record, this record also manages to mellow itself out once in a while, see the middle passage of Fall Behind Eternity, into cleaner sounding guitar passages.
While industrial elements hover throughout the sound of the first couple of tracks, it is not until 8000 Years that they really start to come out, and tracks like Red Fields and Negative Signal Omega, are very much an embodiment of industrial music. That is not to say that on these specific tracks that metal is not present, the change is not that drastic, as it seems to meld the two together. This industrialized sound is probably not what many of you think it is, it really has to be heard to be understood.
While major stylistic changes are not shy about being up front for the entire record, the band still hasn't forgotten their roots as an atmospheric/true US black metal band. Decaying Observer and Convulsions In Wells of Fever express both the rapidity and atmospheric textures that the debut record did, but with sections that still surprise as well. Take these tracks for what they are, more experimental than their debut sounding brethren, but still some of the more primal sounding songs on this record.
Another noticeable change throughout the record is in the vocals. No more are the shrieks and whales of Malefic and Hidolf present within the band's sound, they have been replaced with screams, more akin to that of black metal's regular vocal style. This can be taken as the newer influences allowing more "accessibility" to become clear; but considering that the former vocalists are not even in the band anymore, it would be hard to find a vocalist who resembles their horrified shrieks without sounding corny. The inclusion of clean vocals is also another surprising departure from their debut record, while not done in the same terrible way that metalcore has made it, they can be looked at as similar to what Isis has been doing with theirs.
One track that sticks out among the rest is The Catastrophe Exhibition. This track features acoustic introduction before moving into some odd, almost progressive sounding tapping riffs. The atmosphere on this track carries along with the rest of the record, but this track seems to meld more progressive and almost post-rock influences into an atmospheric black metal setting to great effect.
Overall, this was a surprisingly good and exciting sounding record. This album might not appease the underground fanatics who looked forward to the second coming of the pure blackness that was found on the debut record, but it is sure to attract fans of experimental metal for sure. This record surprised me with how different it sounded to it's predecessor, if you've heard that record you'll know what I mean, if you haven't, I suggest you take a listen to that as well as to this one.
Overall Score: 9
Highlights: The Cryptic Ascension, Fall Behind Eternity, 8000 Years, The Catastrophe Exhibition
Posted by maskofgojira at 11:19 PM