Winds Devouring Me - No Love 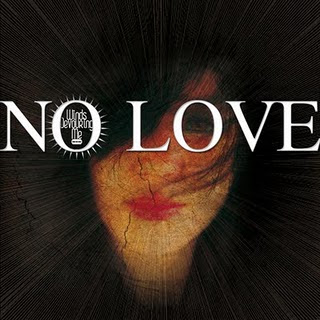 This Is One Way to Spend Your Day.

Winds Devouring Me is a drone band from Latin America. What separates this album, or EP as he puts it, is that this album is possibly the longest single track ever recorded. This one song is 3 minutes short of being 9 hours long.
Although this is a project, it is also somewhat of a collaboration between 5 artists; Alexis Brantes, Malakias, Bicho, Stijn van Cauter, and Diego. The collaboration takes people from Mexico, all across South America, and Belgium and allows them to mix their own take on drone noise all in one. While I am personally unfamiliar with all but Stijn van Cauter, they all have had some history in the realm of drone, doom, and noise music.
This track moves through different phases throughout it's course. The inclusion of simplistic drone, ambient, symphonic music, industrial noise, and subtle other influences all make their way into the overall sound of this album. This album also features the use of electronic drums and drum machine work. But while these thing create a little more variety for the album's sound, it doesn't help when you're staring 30 minutes worth of an almost 9 hour song without much changing.
For the length of the record, and for all I know it is, the track sounds improvised. Short spastic drum patterns that bring to mind even techno for a little while seem to appear early on, while a short carnival melody appears shortly after without rhyme or reason. Ambient music is what seems to encompass most of this album, retaining a large amount of quiet and sombre moments that carry with them small and subtle melodies before moving, or fading into louder and more experimental parts.
Another thing that comes to mind while listening to this entire piece as a whole is that it is quite possible that the collaborators even made this one piece of music. The way that this comes across as sometimes very ambient, sometimes very drone metal-esque, sometimes very orchestral all seems to lead that each artist might have just done their own piece/section and then they put them all together. That or they just put different pieces together of each artist's own work on the piece.
The use of classical melodies appears throughout this record, whether it's up front in odd piano playing or strange atmospheric strings. This gives the record a bit of a unique shift from the noise that started the track. When comparing this sound to that of other drone artists, other than the length of the track, it also features more prominent classical sections that bring out a somewhat avant-garde tendency to this music, rather than just a drone piece.
Throughout all the avant-garde-ness of this record it seems to show elements of more old-school sound and shift into a futuristic sound without much trouble. This is demonstrated through the use of more tribal and classical parts and shifting into more industrial noise sections, once again - improv(?). But this only adds to the sort of mystique that this release showcases.
Overall, this record could have turned into a major disaster, but instead, showcases extreme talent in minimalistic composition by these artists. Proving that just because a single piece of music is long, it does not have to be boring; and while there are still a lot of moments that could have been trimmed down, this record is still fairly entertaining. When the more experimental classical elements come out with bleak atmospheres in the background, are the highlights of the album. But simply because of it's length, some of these parts just become overly monotonous and repetitive sounding and only serve to hurt the record.
Overall Score: 5.5
Highlights: Selective parts of this record
By the way, I'm not entirely sure that this is the band's real name or the album title, I'm going off the download from label. Feel free to correct me if you know the real title or band name, if I'm wrong.
Download the album for free here:
http://funerart.wordpress.com/
Posted by maskofgojira at 9:17 PM