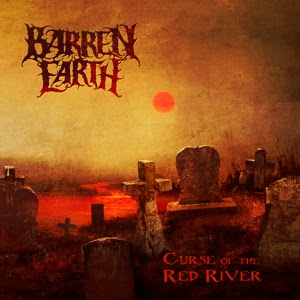 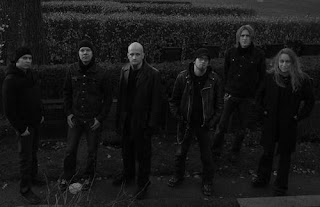 My Word It's Cold Up There.

Barren Earth is a Finnish super-group featuring members of Moonsorrow, Swallow The Sun, Kreator, and Amorphis. On this, their debut full-length, they exhibit elements of all those bands as well as influences from bands of today and of the 70s. You won't find any cheery or ripping songs on this, but you will find some of the best song-writing within this genre that has come out in a long time.
As you can judge from their respective groups, except for Kreator, you will find some more mid-tempo to slower tempo songs on this album, opposing to fast. Every track will also feature song structures that encapsulate both progressive and melodic together. Citing bands like Opeth, Pink Floyd, Jethro Tull, and Dan Swanö as an influence into their own blend of melodic death metal.
The only song on this album to have been released before this album's drop was Our Twilight on the "Our Twilight EP." Being the only track to have been showcased before this album's release, besides the 3 other tracks on that EP, it gave the listener a taste of what the band would sound like, and many a comparison to Opeth were made. The band released that EP with tracks that they stated were not as great as those on the album but wanted to release them anyway on their own.
Musically, guitarists Sami Yli-Sirniö and Janne Perttilä both have very clean sounding parts, but retain the heaviness of their metal background, but feature a bit more inclination towards Amorphis. They also keep a very melodic sound without losing any of the darkness and atmosphere. For any fan who's wondering if there will be chugging throughout this record, like your modern day melo-death band, there is very little, so the metalcore comparisons can go right out the window. Guitar solos are also fluent throughout the entire record.
Kasper Mårtenson's keyboard parts have a rather large part within this band, not only adding atmosphere; keys help to give that 70s influence as well. The use of flutes within the title-track, Curse of The Red River, or the piano within Flicker, drive that prog-rock sensibility home. Rather than just staying within the background like most keyboards do in these sort of bands, the keys in Barren Earth are quite high up, not high enough to become annoying, but high enough to be heard constantly. Key solos are also used within a few songs as well, like in The Leer or Our Twilight.
Mikko Kotamäki's vocals are also quite a big part in the band's sound. His low and gruff sounding growls and soft, harmonized cleans have a huge impact on the band's overall sound. He also performs quite a bit of different vocal melodies throughout the album, from more subtle melodies within acoustic sections or the lead chorus parts; he succeeds within them both.
Overall, this is a good debut full-length record and one of the most entertaining records to come out within the melodic death metal tag in some time. Fans of all of the member's respective bands will find this just as great as people who have only heard the EP. While this is not a mind-blowing record, it is a great one none the less. Worth any metal head's time.
Overall Score: 8.5
Highlights: Our Twilight, Forlorn Waves, The Leer, The Ritual of Dawn, Deserted Morrows
Posted by maskofgojira at 2:50 PM