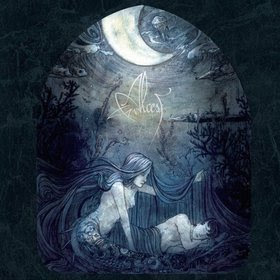 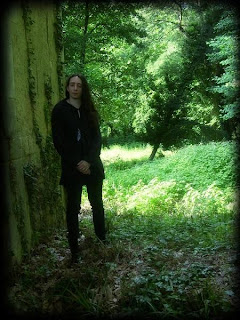 Daydream Me When You Sleep.

Alcest is a post-black metal/shoegaze band from France. Though the entire musical project and direction is under Neige, he has only recently gotten members to perform live with him. But Alcest is a band that has moved away from it's more traditional black metal roots into one of the most unique bands in the genre today.
Alcest utilizes the production aspect, occasional screams, and distorted guitar sound of black metal and mixes them together with the noisier sound, cleanly whispered-like vocals, and more strummed guitar parts from shoegaze music. While a lot of people might compared this to the work he's done in some of his other bands, Alcest is growing into one of the most formidable new bands to come out of the black metal scene. This comes out of the project's growing use of more progressive song structures and the instrumental passages that evoke a hazy use of Pink Floyd, My Bloody Valentine, and Burzum all melded together.
The title-track of this album is broken into 2 separate songs that each showcase a different side of Alcest's sound. While both songs top 9 minutes, the first part demonstrates the influence from more progressive rock and shoegaze music, being very dreamy and atmospheric; the second part is much more aggressive, with screamed vocals over heavy blackened doom guitar riffs. Both songs have very melodic guitar patterns that are used to bring that essence of progressive music into the sound fluidly and not sounding contrived.
Neige's vocals on this record are very symbolic and characteristic. The style in which he uses is very dependent on the sound of the music being played, during some of the more black metal parts or more melodic sections, he will use a blood curling scream, while during the moody and soft passages, he uses a very quiet and whispered type of singing. These are the two styles that are most present on the album, but he does change it up a few times. In the middle section of Percees De Lumiere, he uses some cool sounding harmonies to evoke a kind of Ulver-ish sound.
For the quality of the music on this record, it is pretty short, the entire album being just over 40 minutes. Due to the shortness in length, the music itself has a very seductive and addictive nature to it, having those qualities that just bring you back to it. This record contains subtle atmospheric textures that you don't catch on the first listen, and that, along with other things, will bring you back to this record.
Overall, this is a great record, and is highly recommended. The ambiguity of the band's sound makes it all the more unique, never really just punching you in the face as much as just talking to you. Alcest has expanded upon the elements that made his debut great, and mixed them with some of the more experimental natures of what he's explored on split albums with Les Discrets and Angmar. This comes as one of the greatest listens this year, not growing old fast. Check this record out.
Overall Score: 9.5
Highlights: Every Song Is A Highlight
Posted by maskofgojira at 1:46 PM