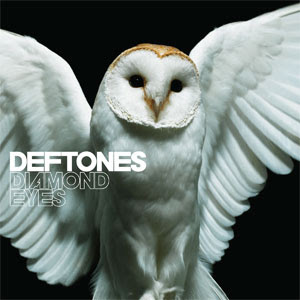 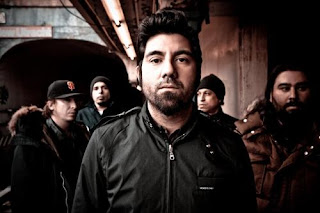 It All Looks Clear Down Below.

Deftones is an alternative metal band from California; having been around since the early 90's and consistently releasing albums of high quality. Every album the Deftones have crafted has had it's own unique sound and performance style and this album is no different. With bass player Chi in the hospital, fill-in bassist Sergio Vega is the performer on this album.
This album reflects a shift back to the sound of "White Pony"/"Deftones" -era Deftones. Combining atmospheric and shoegaze elements with heavy and groovy riffs, along with Chino's trademark vocals. This album reflects both aggression and experimentalism that were present in the band's mid period albums.
While the keys and atmospheric are not as up-front as they were on "White Pony," or even "Saturday Night Wrist" they have a lot of presence within creating a mood within a song. Whether it's the dark shimmering sounds added to You've Seen The Butcher or the traditional kind of background atmospheric added to the single, Rocket Skates, the keys have a lot to do with making the songs what they are. When looking back at the Deftones' career, you realize how much the keyboards have become a part of their signature sound.
Stephen's guitar playing is more varied on this album than on the previous, "Saturday Night Wrist," album and enhances the diversity of this record. His playing ranges from the heavy chugs of the title track and Royal to the more melodic and clean sounding Beauty School. His use of an 8-string guitar adds to the overall difference in the vibe of the heavy parts on this record, giving it that extra low-end that the Deftones have always utilized within their sound.
Chino's vocals on this album are also just as diverse as the guitars and keys. He has gone back to his raw and emotional screams that were heard on album like "Around The Fur," while still maintaining his softer and more melodic singing voice. But he also adds some really cool new melodies into these more eerie songs that he hasn't made anything like before. On a side note, it is worthy of mentioning that Chino did not play guitar on this album, returning to only vocals and letting Stephen perform the guitars alone again.
Heavier tracks like CMND/CTRL and Rocket Skates definitely showcase a return to an older and more aggressive side of the band while tracks like Sextape and 976-EVIL are much more experimental and ambient sounding, lying more within a soundscape that a riff. The record is diverse enough to make any metal or experimental fan happy, without specifically favoring one over another. One thing that this record does do differently, due to the 8-string, is that it seems to favor the low-end and bass-heavy sound over more more cleaner tones, even though those do appear quite frequently, they are not as utilized as often as before.
Songs on this album are also much more concise than previous ones. A single song never wanders on for too long, getting to the point fairly quickly and then moves onto the next. You could call this album more song based than the previous ones, which had a more album flow.
Overall, this record is very well crafted and performed. While you may not be a fan of the Deftones due to their past in the nu-metal scene and association with Korn, but you should still be willing to hear the more experimental side of this band that has cited both Meshuggah and The Cure as influences. Not the greatest record of their career, but one of the better ones put out recently.
Overall Score: 8.5
Highlights: Diamond Eyes, CMND/CTRL, You've Seen The Butecher, Beauty School, Rocket Skates, Sextape
Posted by maskofgojira at 7:29 PM