Until Death Overtakes Me - Interludium I: Funeral Path 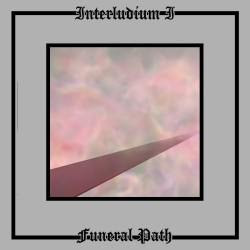 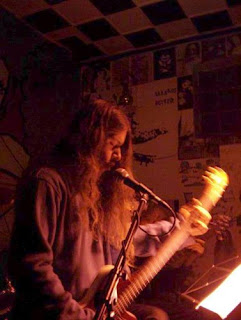 A Walk Through Slow Death and Redemption.

This is the first part of a series of records that Belgium drone/doom artist Stijn van Cauter has released. These records are scattered throughout his many projects and all reflect a bit of that project's own spin on this "drone-series." This is one of the few that has less than a single song in this series.
The 2 tracks on this album are both over 20 minutes long. The opener, Funeral Dance, is just over 50 minutes long, while the second track, Marche Funebre, is close to 21 minutes. This can prove to be very off-putting due to the song lengths, but it's really up to the person whether they want to hear this album in full or in little bits, as this is more of an experience to be listened to in full.
This album, when comparing it to previous releases from Until Death Overtakes Me, is much more ritualistic. It is much more tranquil and sober sounding, bringing a different take to drone. While still maintaining the project's doom and drone sound, it brings a lot more emphasis on ambient and symphonic textures that have not been as embraced in the band's sound.
This opening 50 minute track may seem like a burden to listen straight through, but is actually much less intimidating when listening. While droning guitar or bass is present, it remains in the background to melancholic organs, synthesized phazers, and atmospheric keyboards. The occasional timpani keeps things a little on edge, coming in at what seems like random times. This keeps the track going for close over half the track. While the track is very minimal in it's sound, it has a very orchestral vibe to it; sounding very intricate and precise without really weaving it's way in and out of itself like a more symphonic album would. This feeling becomes more and more noticeable as the track passes the 30 minute mark.
The second track is carries on with the very orchestrally based sound of the previous track taking it's place up front in the sound. This occurs with a beautiful piano melody being right on top of the droning sound of the guitar or bass that rumbles on in the background. Stijn also introduces his talent for playing the electric violin about half way through the track, and perfectly suits the mood that the piano sets. As much as this is based in the doom and drone sound, the orchestration of the piano melody brings to mind either being inside of a church or some sort of movie score piece; it's very peaceful and angelic, in a way, and just brings something new to this album that the first track did not have.
This record, overall, is not very heavy on the electric instrumentation, but instead on piano and atmospherics. This breeds a mood that is very tranquil and unlike one found on any other drone record I've heard. While this record is still very overwhelming to take in, it is probably going to allow some deep thinking for those who do decide to listen to this record straight through.
Overall Score: 6.5
Highlights: Marche Funebre
Posted by maskofgojira at 1:02 PM