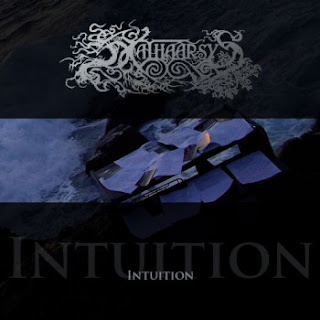 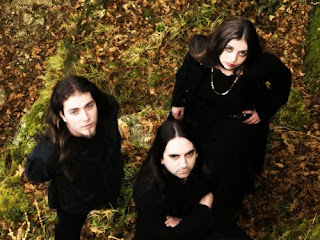 Kathaarsys is a progressive black metal band from Spain. Over their relatively short existence so far, Kathaarsys has shifted from one killer sound into this newer one. Both old and new fans will be thrown for a look with this album.
Kathaarsys has had a pretty interesting career so far. In the beginning, they had a very Opeth-esque sound on their first two albums, while their third record, "Anonymous Ballad," began to embrace elements of Atheist and Enslaved into their sound. This new record, as the title said above, could most likely be compared to Cynic.
This record's sound is probably the least metal they've ever done; and that's not to say that this record is not metal at all, it still has it's fair share of heavy and aggressive sounding technical death/black metal, listen to Consciencia, Duda-Apatia-Duda-Depresion. This record's sound is much more rooted within jazz and jazz fusion as opposed to metal. Aggressive songs tend to be short and more like a quick burst technical playing.
This record also flows very well, with every track leading into the next, but not with silly interludes that seem to forcefully meld the tracks together. This record's songs seem to move like a classical or jazz/prog epic, moving into each track like they were written together. This also explains the length of some tracks, while some are just under 2 minutes, others are over 5.
Guitar playing is definitely less aggressive overall, demonstrating more subtlety and technicality throughout. The clean parts are very fluid and demonstrate a major jazz influence, while the metal parts sound dirty and tight at the same time. The overall guitar sound is much more clean than distorted. The vocals are also clean when compared to the reduced amount of screams and growls throughout. Some may turn this into a deal breaker when considering the band's past work was more of the latter. Spoken parts are even utilized during some parts.
The bass is another point that really impresses. As in all jazz music, the bass is a very large part of the sound, and it has just as big a part in Kathaarsys' sound. Fluid bass-lines the meld the whole thing together, taking this album to another level, but also keeping it very grounded.
Throughout the entire piece, the jazz sections seem to have a better vibe than the technical metal parts do. Production might be the explanation to this, where, as previously stated, the heavy parts have a more muddy sound. But even the heavy parts never seem to quite fill the hole that was left by the jazz parts.
This was a surprising record to hear, even if you don't know about the band's past work, it still might surprise you. You cannot simply hear 1 track or song and expect that that is how the entire record will sound, since this record seems to flow together like a single piece. This record is definitely one of the most interesting record I've heard this year and this review doesn't even begin to justify this record's sound.
Overall Score: 9.5
Highlights: Every Song Is A Highlight
Posted by maskofgojira at 4:58 PM