Fall of The Grey-Winged One - Interludium III: Inritus 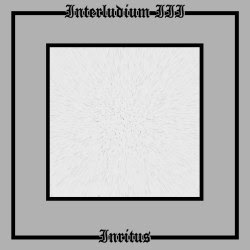 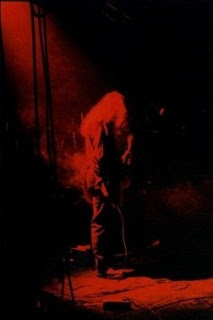 Echoes That Go Deep, Deep Down.

The third installment in the Interludium series is this album under the FoTGWO moniker. This album differs from the previous two, but still continues in the same vain as them. Expect more meditative music from this.
This album, right from the get go, has proven to be much more enjoyable than the previous one. The sound of this record is still very drone and atmosphere based that doesn't change or prove to excite you, unless you're a hardcore minimalist drone fan. The sound gradually builds up towards a steady fuzz that slowly moves into the front of the sound and covers everything else.
The thing that makes this record one of the most interesting drone records I've heard, is how the guitar is played, cleanly. I'm not even sure that what's being played the whole time is a guitar, because it sounds like a piano at some points. But an echo/delay pedal is definitely used to draw out each note into a vast sound of drone. But this can wear thin on any person, as the pattern played never really changes, drone music tends to not do that, but the gradual guitar patten just gets old.
The use of keys is also present throughout the track. Though it could also be uses as a piano, it is used more for distant atmospheric texturing. Like all of Stijn's more ambient works, faint traces of the pressing down of keys can be heard in the background of the drone. Phazers also move into the sound to accompany the drone.
Overall, this record is only mildly entertaining at best. Once again, fans of drone will probably find this record enticing, but maybe not even that. This record begins to teeter on boring after about 10 minutes, not Stijn's best work by far.
Overall Score: 1.5
Highlights: There Is Only One Song
Posted by maskofgojira at 7:40 PM