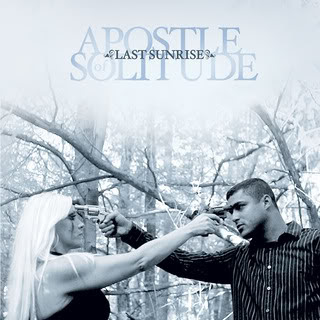 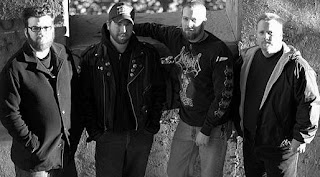 Moving Back to The Basics.

Apostle of Solitude is a doom metal band from Indiana. This band continues in the footsteps of bands like Black Sabbath, Candlemass, and Pentagram, with fairly straightforward doom metal. Nothing out of the ordinary is put on this record to make it sound like anything more than what it is.
This band is nothing it's influences haven't done before, but this record showcases a mastery for the style. From the sludgy and slow riffs to the dramatic blues-rock vocals, these guys are here to play doom and don't show off any flashy quick stuff. While remaining heavy and drudging, these guys still manage to fit in plenty of melody within their songs. One could say that this band is the next Reverend Bizarre, in their presentation of simplistic doom.
Vocals on this album range from dramatic speaking styled to more bluesy and soulful kind of crooning. These two styles really support each other, one never really treads on another within a single song. While vocals are never the main focus on every song, they add the right emotional tie to these slow and brooding tracks.
Songs on this record range from just under 2 and a half minutes to 9 minutes. These different lengths showcase the different styles that the band has taken influence from, while the shortest song, Other Voices, is very influenced by sludge and even a little bit of crust punk, it is still very melodic sounding with soulful guitar solos pervading throughout. While the longest song, Letting Go of The Wheel, follows directly after that one, is very much in the vein by Black Sabbath; but also brings in some more psychedelic guitar tones into the mix.
The longer songs are much more entertaining on this album. The shorter songs are much catchier, in a manner of speaking, but the longer tracks just bring the doom home and let it breathe. Some of the shorter tracks have a more punk vibe to them and, although they are still good, they don't have the same vibe that those longer doom epics have.
The track December Drives Me to Tears is very sombre and melancholic, even for doom, and is very much the ballad of the album. This track brings to mind a bit of Type O Negative, in the performance of the song, and how emotional the vocals sound in it. The track makes use of both extremely heavy guitars as well as a more subtle piano within itself.
This is an overall good doom metal record with a lot to like. Fans of more old-school doom and heavy metal will all find great things within this package. Whether it's the speedy punk parts or heavy sludge, this bands pulls them both off extremely well.
Overall Score: 8
Highlights: Acknowledging The Demon, Letting Go of The Wheel, Hunter Sick Rapture, December Drives Me to Tears, Coldest Love
Posted by maskofgojira at 10:24 PM