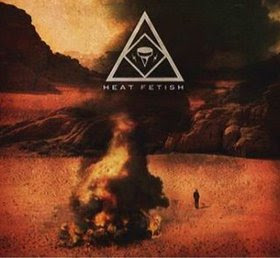 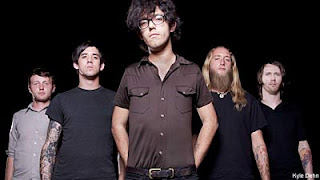 The Bled is a post-hardcore band from Arizona. They play a style that is a mix between The Dillinger Escape Plan and Refused; mixing elements of technical and fast playing with more screamed vocals. This gives them a different and more aggressive sound then most bands in the same genre.
After their previous record was released, the band decided to take a short hiatus. During this hiatus, 3 members of the band decided to leave. The Bled reformed with a new second guitar player, bassist, and drummer and wrote one their most aggressive records.
This record is sort of a return to the angrier sound of their earlier records. Combining technical guitar parts with heavy breakdowns and Deftones-styled vocals with a kind of spastic, Dillinger-esque, structures makes this an album that can be a bit of a task to listen to depending on the person. But the musicianship on this record is undoubtable when listening to a song like Devolver or Smoke Breaks, where speedy guitar riffs and rapid drumming patterns are the norm. One could easily call this band metalcore, but they're not as melodic as most of those bands are.
James Munoz sounds as angry as ever on here. Belting out some gut-wrenching screams that do compare in style to that of screamo a bit. But his expression moves beyond simple screams; utilizing hardcore chants, Deftones-like speaking parts, and cleaner singing vocals as well. This prevents the album from being an all out punch in the face.
This is a relatively short record, even if to some people it might seem long, being only around 40 minutes. Most of the songs on here rarely meet 4 minutes, while Mouthbreather is only over a minute and a half. Most of the longer songs break the constant aggression of most of the album, being slower, or more mid-paced, and experimenting a bit more with sounds, melodies, and atmospheres.
These longer songs feature more of a Deftones influence, as well as more mainstream rock and alternative music, but mixes it with the more crazy style of The Bled. Songs like Meet Me In The Bone Orchid features just as much singing as screaming and supports the more melodic sound the band's previous record. Other songs like Crowbait and Needs also showcase more singing but not as melodic a sound.
Overall, this is a fairly entertaining record when taking it for what it is. Nothing new is brought out on this record that you haven't heard the band do before, but reintroduces some of the more aggressive influences that were on earlier records that were lost on the previous album. Nothing spectacular, but nothing terrible.
Overall Score: 7.5
Highlights: Devolver, Smoke Breaks, Needs, Meet Me In The Bone Orchid, Crowbait, Crawling Home
Posted by maskofgojira at 1:11 PM