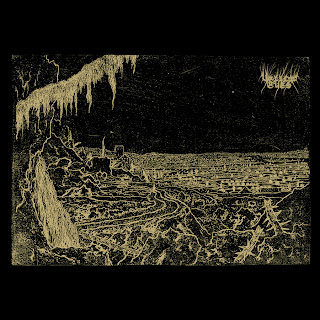 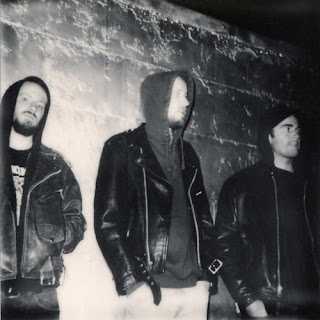 I first covered Yellow Eyes back in 2011 with their debut, Silence Threads The Evening's Cloth, which I actually dug quite a bit. The band emailed me last year about covering the split they did with Monvment, which I meant to but never found the time for, unfortunately. I would have covered this new full-length eventually regardless, but they emailed me again asking me for this and so I put it at the top of my list.
I recall the review I originally did for the band's debut full-length where I definitely compared the group, favorably, to Krallice. On here, while similarities remain between the two groups, it's definitely a lot less. The band still make use of interesting intertwining tremolo picked guitar lines, ones that weave in and out with each other, I'd dare to say that this album is a lot more palpable to a typical black metal audience. The vibe I get is much more traditional, but the sound is definitely a lot more interesting than the typical blast-beats, high-velocity stuff that had dominated the genre for a solid decade before it started to branch out. Though that isn't to say that there isn't a solid amount of that stuff on here either. But, as is almost always the case, the bands that choose to write music that isn't so "simplistic" in terms of either playing or composition aspects are the ones who impress you the most. While this is obviously a black metal record, no one could make the mistake of not calling this a black metal record, but like groups like Krallice, Terzij De Horde, or Liturgy, Yellow Eyes is able to make the genre sound fresh and full of life by simply taking an old sound and playing it with some style.
Where other bands might favor intensity over composition or songwriting, I never felt lost in the band's work. Yes, I can't say that it was extremely memorable but the construction of each track on here was engaging and full of energy. It doesn't feel phoned in or played simply to be "kvlt" or whatever; and that may seem like a stupid thing to bring up but in a day and age where people posing in their basements with corpsepaint is still seen as "kvlt" or "trve" or where saying you're a black metal band instantly puts you at the forefront of hipster listening parties, it's nice to hear a group who feels passionate about what they're doing, just listen to Many Long Fingers Bent In Pain for example. There's a short drum part around the two minute mark that just sets things up before the band go full-on tremolo again. It's a relatively simple and almost inconsequential part, but it sets things up so perfectly in the context of that song that it stood out to me. It has an almost punk vibe to it, not the drum part but the song itself. In regards to the acoustic guitar work done on here though, I will say that it comes somewhat unexpectedly (or at least it was to me). While it certainly fit, I just didn't expect it to be used. Closer Cabin Filled With Smoke and Flies definitely used it the best though, with the acoustic line rising in the mix over the fading tremolo picked guitar lines. It was perfect, and I don't use that word lightly.
Obviously I dug this album, I mean can you blame me? I think Yellow Eyes play black metal worth paying attention to, they have the fire that can draw the punks and hardcore kids, they have the interesting structures to draw guys like me, and they have the traditional style to get all the basement dwellers out, what's not to like about these guys. It's black metal done with style and energy, and frankly, when it's done this well, there's almost nothing sweeter to listen to.
Overall Score: 9
Highlights: In This Stillness, Ice Knell
Posted by maskofgojira at 7:03 AM