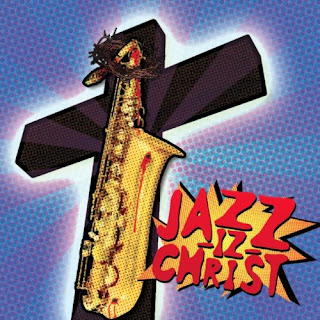 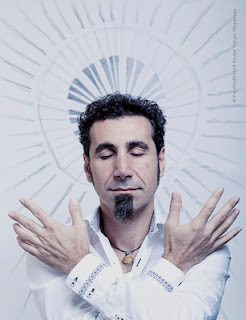 Though I don't think he needs any introduction at this point, for those who are unaware, this is Serj Tankian and he sings/sang in System of A Down. It's debatable that he's had a more successful career as a solo musician than he did when he was with his band, though he certainly couldn't have had this without the band. But for those who think they know what he's all about might be a bit shocked by what this record actually is.
As you could probably already tell from just the cover art and album title, along with the style description listed above, this is a jazz record. But to be accurate I guess, it's a jazz fusion record. It's certainly worthy of note that this isn't Tankian's first venture outside of the metal/rock style that he originally made his name from, whether it was 2010's Imperfect Harmonies, which blended elements of jazz, electronica, and orchestral music with his more standard rock base, or Orca from earlier this year, which was a strictly classical record, he is certainly a musician who wants to explore different styles of music. Genre matters little to him and it's apparent from track one on here that he has no intention of limiting himself to a simply rock/metal. Though to be fair, this is not a strictly jazz record (it is fusion remember) because he certainly still manages to throw in a bit of a rock flair into a couple of tracks as well as a pretty decent amount of electronic effects throughout. But those expecting this to suddenly burst into a big rock riff or for him to start screaming or yelling will be sorely disappointed by what they find on here. Tankian actually doesn't even sing for about half of the record to be honest, and that's just fine.
In addition to just the style on here it has to be said that Tankian did a fantastic job putting all of this together. From the production to the actual performances, this is as convincing a style shift as I've ever heard. There isn't anything on here that goes against that jazz sound that he was clearly going for, even when he does dip into other genres, there is never any doubt that you're listening to something other than a jazz (fusion) record. In regards to the production, it's very clean but not slick, which I was actually surprised by. I expected more of a pristine sound to this (maybe because of all the jazz I've reviewed on here I've become accustomed to that sound) but this is very open sounding. It sounds like a performance was captured and there wasn't much additional processing done to it besides panning and mixing, at least for the better part of this record. It also flows pretty seamlessly from one track to the next, giving it the vibe of a single piece of music.
I also have to give it to the man that he was able to create a jazz record that doesn't get stale after a few listens. Each track is pretty short, most are under five minutes so despite there being fifteen tracks on here, each one is relatively short. He also managed to assemble a variety of instruments for these pieces; so whether it's piano, organ, or electronic synthesizers or drums, bass, and sitar, or even trumpet, saxophone, and clarinet (among other instruments) each track has a variety of sounds to access. On Balcony Chats in particular it almost felt like Tankian was channeling a bit of Devin Townsend's acoustic and new age material as well. While vocals are used on End of Time, his vocals don't even appear until track seven, Distant Things, which, once again, may disappoint some fans.
Surprisingly enough I actually really dug this album. I don't think it's my favorite album that Tankian has been a part of (so solo and SOAD) but it is certainly a well intentioned and successful shift into a genre I don't think many fans expected from him. Hopefully if you dig any sort of jazz you'll give this one a chance.
Overall Score: 8
Highlights: Arpeggio Bust, Yerevan to Paris, Balcony Chats, Miso Soup
Posted by maskofgojira at 4:55 PM