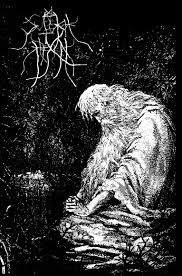 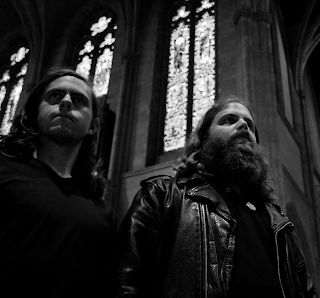 There's been quite a bit of controversy recently in the Sutekh Hexen camp with former members Scott Miller and Lee Camfield recording material that Kevin Gan Yuen apparently used to record over once both members departed from the band. Now despite all this controversy, I will still cover this the same as any other release from the band and treat it as such. From what I understand Gan Yuen was not a part of this recording and it was only Miller and Camfield.
I will not be partaking in any of the various hate on either side of the fence in regards to Sutekh Hexen, so just know that I can only treat this as I would any of their other releases. As done by the aforementioned duo above, this release is definitely in line with where the band were going on their last couple of releases, traversing more into dark ambient territory and straightforward noise. The first track on here, There Were Others Like You, is a pure dark ambient soundscape, simple as that. It's moody and cold, with the occasional moan in the background for added scary effects. Things pick up a bit with And The Rest Bore No Resemblance which brings in some much needed low-end rumble and distortion into the background of the picture. At this point it's pretty obvious at the route this tape was going, or at least it was for me. The other two tracks, or the other side of the tape if you will, bring the ruckus if you will as the band had always in the past. It's harsh, abrasive, noisy, and all sorts of blistering. Frankly the entire tone of the second half of this is actually somewhat different from other releases from the group til this point. Camfield's electronics have a much higher place in the mix, which brought out a slightly more industrial flair to these two tracks.
It's interesting and is perhaps a side I would have liked to have seen explored had these two not departed from the group. I know there's people taking sides and whatever with this and I want no part of it, so long as the project continues to release music that I enjoy, I'll keep listening. If you haven't been a fan yet, this isn't going to convince you, but if you do dig it, this is a nice little addition to your collection.
Overall Score: 7
Highlights: And The Rest Bore No Resemblance, And Laid Amongst Their Thorns
Posted by maskofgojira at 2:47 PM