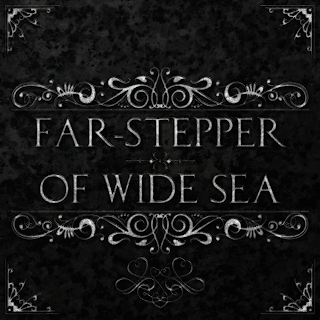 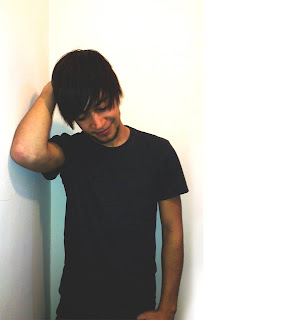 I have to say that it's a real shame that Jak Noble has decided to put an end to his solo project Returning We Hear The Larks now that this album is released. Up until this point I've felt that he has slowly been crafting a sound that is unique and interesting within the djent genre. He has said that he will continue onward with new projects, but it's just a shame seeing how far he's taken this one.
As someone who's been following the project's evolution for several years at this point, it's somewhat disappointing to hear that it's ending after releasing what is its best album. After several years of releasing instrumental albums and EPs, including the excellent progressive rock found on Ypres in 2010, Noble decided to begin including vocals into the project, which manifested in the slightly more metalcore direction on 2011's Proud England EP, a release I wasn't especially fond of. That record felt like a disappointment to me, it abandoned the more interesting features of the previous full-length and began moving into a more accessible and less exciting direction. I wasn't sure what to expect from this full-length when it was first release. Yes, the song lengths were longer, but I knew that there were vocals used on it, and despite Noble's variety as a vocalist, he isn't the strongest singer - which resulted in some very irritating autotune on the EP. His harsher vocals were definitely stronger. His style was closer to deathcore vocalists than many pure death metal vocalists (but that's just me being picky) which I wasn't overly keen on there as well. I took a chance and downloaded the vocal version for this review, and damn was I surprised by the improvement.
Both vocally and instrumentally, this is a major step up from the project's last EP. I'll start with the vocals, which, while aren't drastically different to the style found on the EP, certainly fit better. The growls are lower and is the style used for the majority of the album, which is definitely a positive in my book. When singing is used it didn't sound as autotuned as it was previously, or at least that's what it sounded like to me. What I can say for sure is that they aren't as up front and in-your-face (the clean vocals I mean) as they were before and now appear to have been used more as an atmospheric device. They're softer and lighter, in a sense, but also higher in pitch, which is something I could see annoying people, but I thought it worked.
On the instrumental side, this album feels a lot more inspired by the likes of Vildhjarta than I expected. The grooves are a lot more staccato, if you will, for several tracks and more simplistic during other, but the overall tone of the grooves chosen is darker. It doesn't feel quite as stereotypical as many other djent projects and groups use (or maybe I'm just more fond of the style that I associate with Vildhjarta). You also get some more dissonant riffs, which is something I'm always fond to hear, listen to A Dæmon Hunted/The Flight of Perseus for the best examples of such. The atmospheres throughout recall Noble's work on the lighter Ypres, which is a good thing. While this record is definitely heavier and darker overall, it's nice to hear that Noble was able to retain the more melodic and gentle atmospheric touches from his past work. The bass is also nice and tumpy in the mix as well, though not entirely present in every song; but to be fair, it certainly sticks out when it needs to.
Obviously the beginning gave it away that I really dig this album. I think it's a major step up for Noble's writing and style and it's a shame that he's leaving the project behind almost as soon as he's found a sound that perfectly encapsulates what appear to be his influences (demonstrated through various covers he's put out). Definitely for the djent and progressive metal fans out there, but I'd recommend it to anyone who just wants to hear an interesting modern metal record this year.
Overall Score: 9
Highlights: Prologue: Stheno; Slain By Hand of Gods, A Dæmon Hunted/The Flight of Perseus
Posted by maskofgojira at 9:25 PM