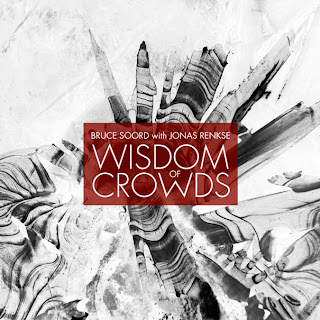 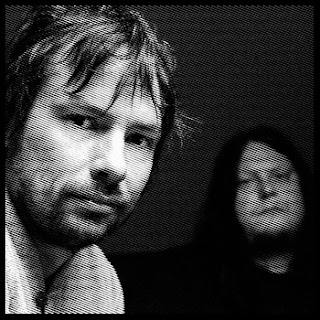 I'm pretty sure that everyone who knew about this album was excited about it. While I can't say I've listened to a whole lot of The Pineapple Thief's material, I am certainly a fan of the majority of Katatonia's work and to hear that Jonas was working on a new project that explored an even less metal direction than his mainstay definitely intrigued me. It has to be said that this has almost nothing to do with metal - so if you're expecting some of it in here, you might want to look elsewhere.
After hearing the single version of Frozen North when this project was first announced, I pretty much figured out what this project was about. For as much as I'm a fan of Katatonia and Renske's voice, it's public knowledge that he doesn't have a huge range, but it's all about how it's used. His emotional croon manages to fit over the melancholy that is Katatonia and has worked on his various guest appearances before (notably his work on Ayreon's 01011001), but before listening to that single, I was a bit curious how he would perform over more more of an art rock backdrop. Once I heard that single though, I knew that this entire album would work. Soord has crafted a nice batch of songs that falls somewhere between Radiohead art rock and mid-period The Gathering experimentalism and heaviness, among other things (those were just two groups that I thought worked to describe the sound), that doesn't go too over the top or crazy and distract from Renske's voice, which is the focus on many of the tracks on here.
I guess the thing that struck me as odd while listening to this, and it's something that has occurred to me on every listen through this album, was how interesting Renske sounded over these tracks. I'm so used to hearing Renske crooning over these dark and heavy, for the most part, songs that it sounds a little weird to hear him over these more up-beat and brighter sounding songs. Even the darkest points on this album still come off as brighter than anything Katatonia has ever put out. It's also surprising that on Radio Star, one of the darkest tracks on the album, it features what is possibly the biggest chorus on the entire disc as well. It's one of those songs that, if it was played on the right stations, could actually have potential to become a hit. This track in particular, because of it's heavy beat, actually reminded me a little bit of Portishead, which is in no way a bad thing in my book. This album also provided me with something I never would have imagined happening - Renske singing over a track that takes influence from dubstep. The Light is a strange and dichotomous track that shifts between very spacy piano led sections which feature Renske doing his thing and more beat heavy dubstep hits. It's bizarre, but I don't have a problem with it. The last three tracks deviate slightly and bring a bit more of a "rock" attitude into the picture, especially the prog-rock swagger of Stacked Naked. While listening to these songs, it really made me think of groups like The Gathering and what Katatonia might sound like if they decided to change from dark to light, in a manner of speaking, because I think that it would probably sound very similar to these last few tracks.
In the end I would up thinking that this was a pretty solid little album that provided some nice surprises. I know art rock or stuff of this sort isn't for a lot of people, but if you can dig Katatonia, among other bands and projects, you should be able to dig into this album just fine. Not perfect but certainly a nice listen.
Overall Score: 8.5
Highlights: Wisdom of Crowds, Radio Star, The Centre of Gravity
Posted by maskofgojira at 11:45 AM