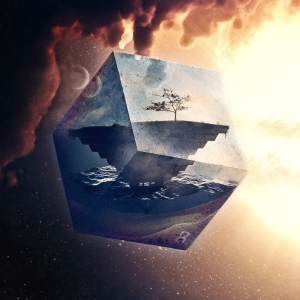 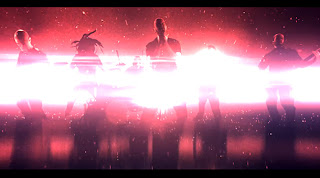 Before Uneven Structure was the powerhouse they are today in the djent world, they were a small band who were known for working within the confines set by Meshuggah. The band have acknowledged this and had even said they weren't trying to be all that groundbreaking on the original 8 EP but simply wanted to put something out into the world. With the addition of an actual vocalist (who was present on their full-length) and a new drummer, the band decided to amp up the original recording with plenty of new features.
For as much as I admired the original version of this EP released several years ago, I think it was the charm and potential that stemmed from those original songs. The fact that the band just wanted to put something out despite knowing that it wasn't all that original a style at that point. The fact that it also featured Daniel Ädel of Vildhjarta on session vocals also brought out a bit more of a charm about it. But this new version of that EP features the band's actual vocalist(?) and extends the original length by a few minutes. While I don't think the original, raw charm is retained on here, it's a much more clear picture of where the band are at now. This is definitely a more polished sounding, more epic and ambient, and more dynamic version of what that original EP was. It feels like a more natural succession from Februus. But I have to say that I think the band has actually made the release better with since I don't remember the original version of The Designer's Lead being quite as catchy as the way it is on here.
So yeah, it's a solid little release that is sure to please both longtime fans and those who only recently came on board. While the original charm has given way to more polish and clarity in the actual songwriting, the band sound more alive than ever before. Hopefully this will grab those who missed out on it the first time around.
Overall Score: 8
Highlights: Higher Quiddity, The Designer's Lead, 8
Posted by maskofgojira at 7:16 AM