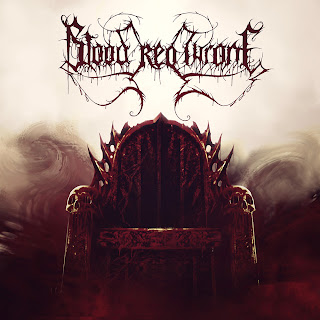 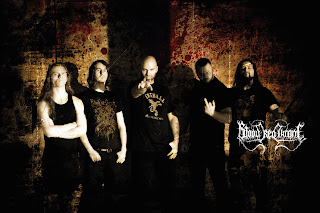 Blood Red Throne was once one of my absolute favorite death metal bands. The three releases they put out with now ex-vocalist Vald were some of the best and most catchy modern death metal I've ever heard. Though it saddened me to hear that he and bassist Erlend Caspersen had both departed from the band I was still interested to hear what the band would do next.
I'll start out simply by saying everything that I liked about the band, originally. On the band's previous three full-lengths with Vald at the vocal helm, I felt as though the band were one of the best modern death metal bands. They were able to channel various sub-genres from technical to brutal to more melodic while always retaining a sense of self in their songs. They didn't sound like hundreds of other bands, as surprising as they may sound, that, if nothing else, was something they had going for them. In addition to that they had a feature that just happened to keep them on my good side and that was their use of bass guitar. Much like a group like Cannibal Corpse, the bass was always present in their songs, it stood out and wasn't simply backing up the guitars. As for Vald, while he was never the most versatile of vocalists out there, his guttural growls and more monotone growl fit with the band's style and was able to enunciate so that lyrics could be clearly heard. Now, with both Vald and Caspersen gone from the band, both of those traits are gone.
I came into this record with high hopes, granted they were lower than in the past because of the aforementioned members leaving, but this just left me disappointed, I'm sorry to say. While the and still have a penchant for writing some solid riffs, both the vocals and the bass aspects that I always gravitated towards are now gone. The bass' presence on this album is pretty much delegated to the background, rarely coming out from behind the guitars to do anything worthy of note. Though to be fair, it can be heard if you actually listen for it. As for the vocals, let me make this clear and say that while I think Vald is the best vocalist the band has had at this point, Yngve Bolt Christiansen's performance on here clearly shows him to be the most versatile of all the vocalists the band has had. He can do the guttural lows, the monotone growls, the rather annoying high-pitched screams, and more typical roars. He is clearly talented, but he just doesn't fit as well in with the band as either of his predecessors did, at least in my opinion, and that isn't something that's brought up a lot in discussion, how well a vocalist fits in with a band. In the case of death metal, it could be argued that it really doesn't matter, how many vocalists are all that distinct in the genre anyway, but for what Blood Red Throne does, they had utilized frontmen who were more proficient in guttural growls and stuff of that style. They weren't the most varied or whatever, but for the band's style they worked. I just never felt that Christiansen fit with the rest of the band, but hey, that's just my opinion.
As for the rest of the instrumentals on here, it's ok, I guess. There are some solid songs on here, nothing that lives up to tracks from three-album run of Affiliated With The Suffering, Altered Genesis or Come Death but they're solid. Even the band's last two full-lengths weren't up to those standards, but they were still great albums. This one feels a bit more pedestrian. Even if tracks like Deatholation or closer March of The Dying are great and rank up with some of the best tracks the band has done recently, the rest of the album doesn't match up. In fact, the closer is the best track on the album not only because it's devoid of Christiansen's god awful ear-piercing scream but also because it's a little different from the typical style the band pursue. Spoken word in almost any metal genre is pretty cheesy in my opinion, but on here it actually stands out and comes across in an almost industrial (can I use that word here?) way that I haven't heard the band use before.
I definitely recommend checking out this band's older work for sure, but this one is up to you. If you like death metal give it a shot, but it really does get better if you go back. It's not bad, but more average for my liking and when you've come from doing above average work for the last decade or so, average is just not enough.
Overall Score: 6.5
Highlights: Deatholation, Torturewhore, March of The Dying
Posted by maskofgojira at 8:25 PM